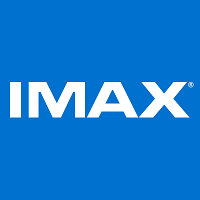 Concept
Michael Bay films Transformers: The Last Knight in a whole new way by making it the first film to have been shot using IMAX 3D Cameras - approximately 98% of the film's footage. The film was shot natively in 3D with two cameras (2 eyes!) to further enhance the final product that audiences experience on the IMAX screen.

In addition to Behind the Frame Featurettes (Behind-the-scenes footage and interviews), online short-form content highlighting the use of the 3D cameras and interviews with the cast and Director, we wanted to further highlight the IMAX 3D Camera technology in a piece where IMAX and the Transformers look and feel were fully integrated and could get the Transformer's fanbase community excited!

Execution
Along came the idea of the Transformers 3D Camera "Autobot" where the animation starts on the IMAX logo and then unexpectedly transforms into the IMAX 3D camera and then to the Transformers: The Last Knight title treatment. Our team worked with our production and technology teams to ensure that the 3D model of the IMAX 3D Cameras were on point with every detail. This was our team's workaround since we had a very short production timeline and several limitations on IP usage.

Results
This piece not only debuted via IMAX Social Media channels but we also used it at the front of Featurettes and other AV materials that were pushed out as part of our media buy for the film. Fans across the globe were engaged with this piece and truly appreciated the effort that went into producing a unique and custom piece that highlighted the use of the IMAX 3D Cameras.