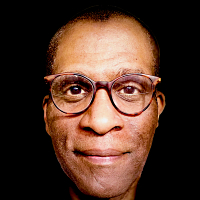 This was my very first film ca. 2008. Looking back I can see that I made such classic mistakes with regards to approach such as: scoring it sequentially (arguably, but most definitely a much longer process) and not fully understanding the role of sound design and how it informs, shapes and works together with score. These two novice misunderstandings, prolonged my process and being a perfectionist, I ended up scoring "Dissonance" three times, after sound design implementation, early feedback/criticism from screenings and re-editing from an (equally) inexperienced director who, wanted to tell a very ambitious and complicated, psychological traumatic story of a very troubled and psychologically imbalanced young man who is falling apart.
But all in, it generally feels right as compositions in a score. But at the end of the day, it is all about what it does to the picture, which is the final metric on evaluating if score is functioning or not.
"Dissonance" went on to win 4 festival awards, including one for sound.
Have a listen.