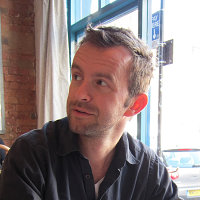 The Future
The XP Zero is a new type of electric motorcycle, one that discards conventions and defies expectations. Developed without compromise and built with precision, the XP combines cutting-edge design with state-of-the-art technology, representing a new era of motorcycling.

The Experience
The XP Zero doesn’t look like a conventional motorcycle because it isn’t a conventional motorcycle. Riding the XP is like piloting a small jet. The XP produces almost double the torque of a superbike, delivered linearly and continuously. Minimal, aerodynamic bodywork supports the rider and directs airflow over the motorcycle. Anything that distracts from the riding experience has been removed. Controlling all that incredible power, and keeping the XP planted, is a state-of-the-art safety system. The onboard ride computer offers four standard and ten individualized ride modes. Ride modes are switchable on-the-fly, transforming the XP from a cruiser on the highway to a supermoto in the twisties.

The Design
The 2020s is the moment when the electric motorcycle industry ‘comes of age’. With this new propulsion technology, traditional combustion design solutions are no longer relevant. This is a unique opportunity to completely rethink the status quo.
The XP was designed by imagining an alternate reality in which motorcycles have always been electric. The XP program asked what an electric motorcycle would look like today with the benefit of 135 years of development. Traditionally, motorcycle design has been driven by the physical constraints of the combustion engine - a fuel tank above the motor to gravity-feed the carburetors, carburetors positioned away from turbulent airflow, exhaust pipes routed to avoid burning the rider, etc. With the introduction of electric, those limitations disappear. The XP rethinks the motorcycle by taking a first-principles approach and creating an entirely new design language for electric motorcycles.
The XP’s design language is centered around the idea of control surfaces - both human and machine. The XP’s powertrain - a machined aerospace aluminum core housing the batteries, motor, charger, and other control components - also incorporates the seat. The rider sits astride the actual powertrain, physically embodying the XP’s performance. The XP can accelerate from 0-125kph with a single twist of the wrist, and that jet-like sensation is represented in the aerodynamic panels that both support the rider and direct airflow over the motorcycle. The XP’s bodywork is as minimal as possible, ‘floating’ off the frame almost like an exploded diagram of a motorcycle. Electric motorcycles are silent when powered on, which poses a potential safety issue. The XP is distinctly and recognizably different between its inactive and active states. When approached, the motorcycle recognizes its rider, illuminates its lights and panels, and becomes 'alive'.

The Technology
The XP Zero features a 14.4kWh lithium-ion power pack paired with a compact 82kW permanent magnet motor that produces an incredible 140ftlb of torque, propelling the XP from 0-60mph in 1.6 seconds and to a top speed of 125mph in around 7 seconds.
The XP’s battery pack, controller, and motor are supplied by Zero Motorcycles. Originally founded by a former NASA engineer, Zero Motorcycles is the longest continuously running electric motorcycle company in America – ensuring reliability and reassurance.
The XP uses aerospace industry production methods and technologies. The XP’s chassis uses race-proven steel spaceframe construction. Aircraft-grade aluminum parts and polymer body panels are computer-machined before being hand-assembled. This method provides an unprecedented level of customization and reproducibility, allowing custom replacement parts to be ordered at the press of a button.

The Accolades
Since its launch at the prestigious Goodwood Festival of Speed, the XP Zero has been featured in over a hundred and thirty magazine articles and countless online features.
“One of my favorite custom designs of all time” Chris Hunter - Editor, BikeEXIF
“What an electric bike should look like” Forbes
“The future of electric” Motorcyclist
“A bike straight out of Blade Runner” Hypebeast
“This is what bikes will look like in 2100” Autoblog
“A glimpse into the future of two-wheeled travel” Return of the Cafe Racers
“A motorcycle that seems to come from the future” Super Special
“A wickedly quick bike that belongs in a modern art museum” Cool Material
“A bike from a parallel reality” Jalopnik

Hugo Eccles has been a Contributor since 25th November 2015.