Leading conference calling company Powwownow (say that one three times in a row without smiling if you can) is urging workers to take care of business ‘the smart way’ with a punchy campaign encouraging what it calls a “Call and Conquer” approach. The campaign launched this week with the “Strike Back” work targeting commuters caught up on the tube strike, reminding them that there is an alternative to travelling in. The campaign will continue throughout 2017, spanning outdoor, press, social and radio in the UK. It is focused on encouraging people to consider a more flexible, agile approach to work. Dynamic typography brings to life phrases such as “Charisma can’t be found in an inbox” and “Smart gets it done in 60 seconds, not 60 emails.” 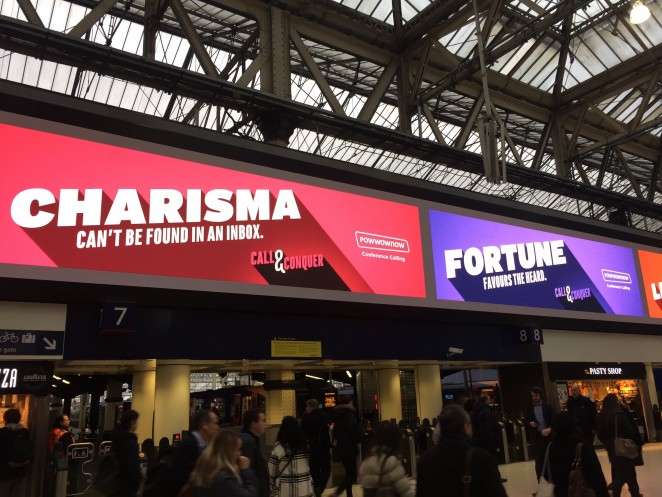 Creative agency Hometown London devised the work and Simon Labbett, Co-founder and Creative Director, explains: “Why travel in when you can dial in? Why get tied up in email chains when a quick call will do? With the work, we are demonstrating that a conference call can be the fastest and smartest way to do business. Going forwards, reactive executions will play a big part in the campaign, targeting high profile disputes, travel disruption and other relevant newsworthy events.” 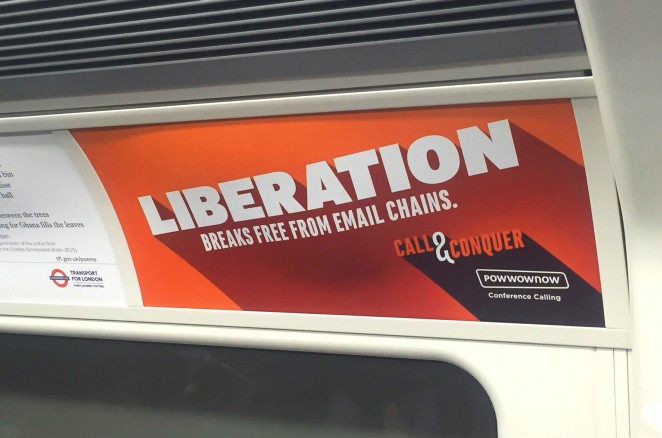 The campaign features a variety of playful and outspoken lines typical of the brand, with the phrase “Progress goes forth, not back and forth” featuring on bright green London cabs, and a variety of digital Out-of-Home formats found in busy commuter hotspots such as London’s Waterloo station. Each execution highlights the benefits of conference calling, rather than emailing, texting or travelling in. Three radio spots have also been produced featuring British actor Paterson Joseph, who has appeared in television shows such as Casualty and Peep Show, as well as productions for The Royal Shakespeare Company and films such as The Beach. 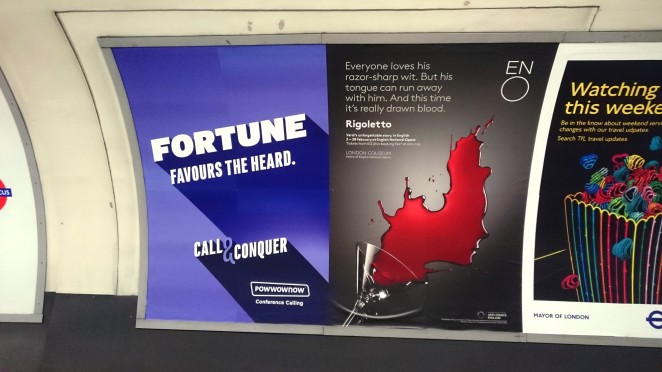 Simon Price, the company’s Marketing Director, adds: “Powwownow is a brand which aims to bring simplicity and productivity to businesses in an increasingly complex world. This campaign showcases how a conference call can change the way we work, allowing individuals to conquer projects, their commute or even the dreaded inbox.”