Visions in VR: The Amazon Rainforest comes to the UK and England Rugby fans attend a training session

All of Us – Greenpeace 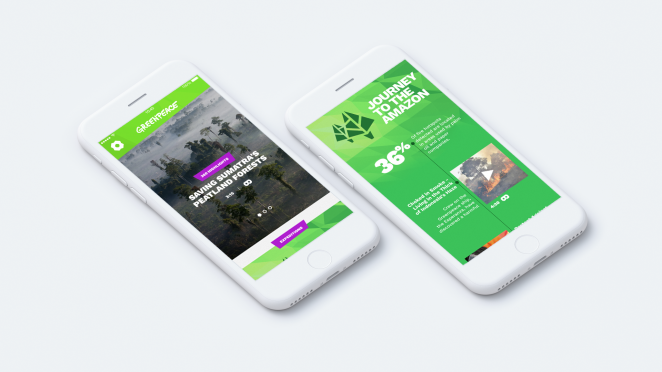 Greenpeace UK has introduced its first-ever Virtual Reality app, “Virtual Explorer,” giving supporters the chance to experience amazing places like the Amazon and Arctic first-hand, and take action to defend them. Conceived and created by design consultancy AllofUs, the app launched this month and enables audiences to see for themselves some of the areas where Greenpeace is campaigning. The work takes viewers into a range of 360-degree immersive films, allowing people to visit some of Earth’s most amazing and precious environments, and enables them to help take steps to protect them via petitions and donations. 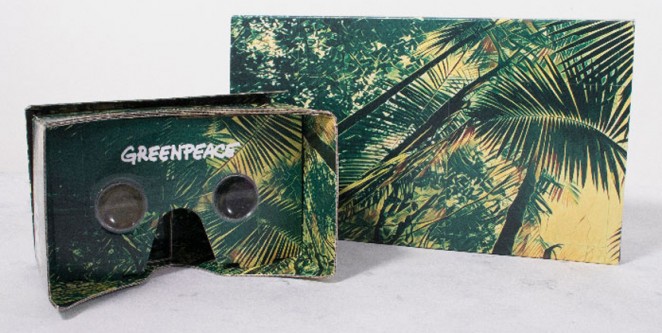 John Sauven, Greenpeace UK’s Executive Director, said: “We all know that much of our planet’s remaining wilderness is under threat. But these places we never visit, and rarely even see. So we worked with the team at AllofUs to think about the best ways to use technology to bring our audiences much, much closer to the amazing places we’re campaigning to protect.” Orlando Mathias, Founder at AllofUs, added: “We believe that the power of VR is that it creates empathy by bringing users right to the heart of the work Greenpeace is doing in some truly remarkable places.” 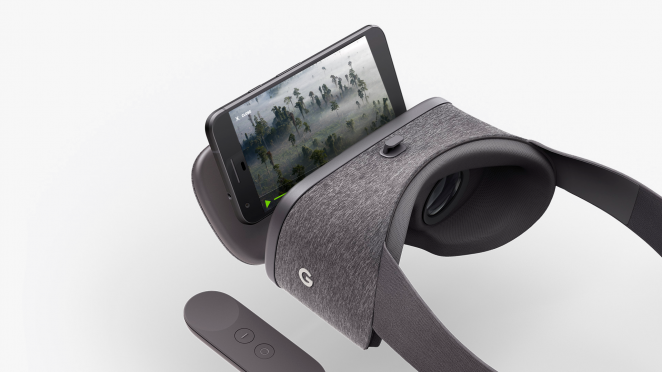 To get the full app experience, app users need a virtual reality headset and headphones, and so, Greenpeace has produced a bespoke, rainforest-themed VR cardboard headset from recycled materials, which accompanies the content and which can be accessed for a donation of £6. Viewers can also choose to watch 360 highlights via their phone only. The app is available now for both Apple iOS and Android phone users.

O2 have launched their “Wear the Rose” 360 VR experience with England Rugby, which allows fans to get closer to the team than ever before; in a VR training session. Happy Finish worked with O2 and M&C Saatchi to create a groundbreaking combination of 360 film and CG gameplay. Partnering with Nokia and their VR camera, the Ozo, Happy Finish filmed on location at Twickenham with the team and coaches using 3D 360 cinematic quality video. The camera captured everything that’s going on around it, so the viewer can explore the details of every scene as they’re introduced as the new recruit. All moving shots were captured with a custom robotic dolly system, which brings a sense of dynamism to the film as the viewer explores the grounds with the players.

Gareth Griffiths, Head of Sponsorship at O2, said: “We believe in live, and using the latest VR technology we can showcase our live experiences to O2 customers in our stores across the country. Through a combination of world first CGI characters and unique interactive gameplay, each experience has been designed to give the user unprecedented access [...] to our relationship with the England Rugby team. We’re excited to roll our new virtual reality into O2 stores nationwide, Twickenham Stadium on match days and The O2.” 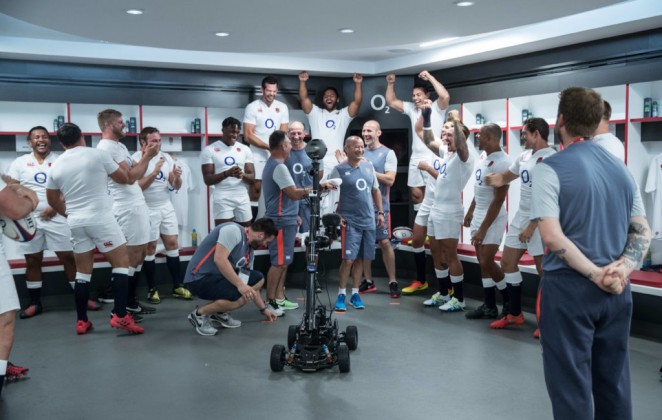 The game challenges viewers to test their rugby skills, from conversions to tackles, and Happy Finish wanted to make these skill tests feel as real as possible. The England Rugby team’s movements were captured with Xsens motion capture technology with proprietary code, which allowed us to realistically simulate actual movements from the players in the 360 CG animations. The Wear The Rose experience was officially launched at Twickenham in February 2017, at the home of England Rugby. The experience will continue to feature at Twickenham on match days, and has been rolled out to 90 O2 stores nationwide.