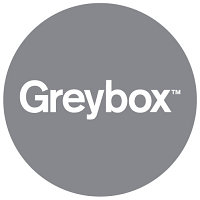 Concept
Gibsons developed a children's card game, Mind the Gap, that is based on the London Underground and licensed by Transport for London. With a similar game mechanic to 'UNO', the aim is to be the first player to get rid of their hand.
Gibsons' brief was vague; they required packaging that would appeal to the tourist market in London without alienating consumers and retailers that are based elsewhere, as the game was to be sold worldwide. They also asked for the designer to create packaging that securely held the game components (two packs of card and a rule card) and that was small enough for people to fit easily into a bag to take with them on their travels.
It was essential that the packaging costs were kept low as Gibsons required the game to retail at under £15 RRP. Therefore, it was decided that the outer packaging would be made from tin rather than plastic as this can require costly moulding fees.
First established in 1919, Gibsons is an independent, family company who manufacture jigsaw puzzles and board games and are known for their premium quality and British heritage. The design for Mind the Gap needed to fit with their brand values whilst appealing to children and families.

Execution
The London Underground roundel is one of the most iconic logos in the UK, so it was the main inspiration for the product design. The patriotic blue, white and red colours link to Gibsons' heritage and the roundel is so famous that it transcends any language barriers that may have occurred when Mind the Gap is sold worldwide.

The tin protects the game components inside and is sturdy enough to hold the iconic roundel shape without getting damaged from wear and tear over time. In addition to the famous logo, the London Underground map is also easily recognisable, so it seemed essential to include it within the design. Not only does it appear on the sides and back of the tin, it is also on the back of each card. The colours of the tube lines stand out on the plain white card in a sleek and eye-catching manner that complements the overall aesthetic of the product.

Results
Mind the Gap is the fastest selling new game that Gibsons has ever released. It launched in February 2017 had sold out by October, due to listings with Amazon, John Lewis, Waitrose, WH Smith and Selfridges. When Gibsons exhibited at the consumer board game event, The UK Games Expo, in June 2017, Mind the Gap had sold out by lunchtime on Day 2.
Despite its recognisable design, Gibsons initially feared that Mind the Gap might be a London-weighted product, with sales heavily weighting within the 32 London boroughs. However, this was not the case and the game is sold worldwide, from the UK to Italy, the US and Japan.