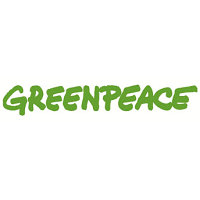 When Ogilvy told us their idea for Greenpeace we loved it. A visually elegant pointer to a real-world problem facing our planet. Fill an aquarium with plastic to show how dangerous this is to life in the Oceans. Then get kids to talk about it.

The hitch is that Aquariums are usually full of marine life, the same life that the plastic is killing. So, to nobody's great surprise, the first aquariums we spoke to were not very keen to fill their tanks with chemically dangerous, physically hazardous plastic.

As usual, there was an answer: An independent aquarium in Dingle, West Ireland. The very friendly team there had just emptied their main aquarium to update the lining. So temporarily they had no marine life to worry about.

Trying not to disturb the neighbouring sharks, we filled the main tank with plastic collected from the local beach in Dingle and water.

The film highlights that UK supermarkets generate 800,000 tonnes of plastic packaging every year and lead to a Greenpeace petition calling on supermarkets to dramatically reduce their plastic footprint, which has already been signed by more than 415,000 people.

The director was Chris Hugall and the film was shot by Dave Pimm with support from Max Smith, two of our favourite and most trusted collaborators. The entire project cost next to nothing, and hopefully helped promote a wider campaign that needs all the support we, and others, can give. It also picked up 'The BAD Arrow Award Silver' at the 2019 British Arrows Awards which is a huge honour. Thanks to all involved.

The Ocean of The Future