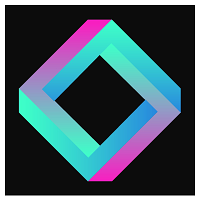 THE BRIEF
The rum cask finished 21 Year Old is a unique single malt from Glenfiddich. To tell the product story, we needed to create a film capturing the spirit of this whisky.

We needed to show that the rum finish sets this whisky apart, but not ignore its Scottish heritage and ‘Maverick’ brand positioning.

THE CREATIVE IDEA
It had to be spectacular to gain traction in a crowded sector. We developed the perfect proposition for the liquid with “Raised in Scotland, Roused by the Caribbean”.

To communicate the rum finish adding colour and energy to the whisky, we arranged a musical performance between a Scottish orchestra and a Caribbean band.

Music Co-OPERAtive Scotland orchestra performed ‘Love Illumination’ by the Scottish band Franz Ferdinand with Caribbean vocal artist Calma Carmona joining them to sing the song in her own unique style.

Together, their music had a dramatic, visual impact on the whisky through the science of cymatics.

As the music and vocals played, sound waves passed through the liquid to provide the perfect metaphor of bringing the whisky to life.

The film ended on a world first outside of a lab where a drop of whisky levitated through the power of the singer's voice, before dropping into the bottle for the big finish to the film.

Beyond social channels, it’s picked up incredible buzz including coverage on Mashable and The Daily Mail, and coverage from influential whisky bloggers like Great Drams.