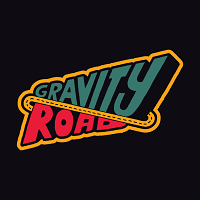 A LEGO first: An augmented reality filter that lets you be a LEGO Minifig. The filter effect for Instagram and Facebook gives you the power to create your own LEGO character and feature in your own digital Sainsbury’s collector card.

Now in its third year, the Sainsbury’s LEGO cards promotion offers 140 character cards to collect. Our brief was to raise awareness of Sainsbury’s LEGO ‘Living Amazingly’ Collectables campaign and to sustain excitement following the launch. We needed to give customers an extra reason to shop at Sainsbury’s during the six week period the album and cards are available.

People love sharing their face filters on social, and what could be more share-able than turning yourself into a LEGO character! The perfect tactic to encourage extra reach through word of mouth, it’s innately playful and brings to life the fun nature of the LEGO collectables campaign at Sainsbury’s.

Using a SparkAR camera effect, LEGO fans can create themselves or any wild character they can imagine to digitally join the Sainsbury’s LEGO card collection.

Unlike most ‘one trick’ face filters, this effect offers a deep level of customisable options. LEGO fans can change their hair style and colour, hats, skin tone, make-up, glasses, facial hair or just add butterflies to their face. There are almost 1.5million possible combinations. So you can create an accurate likeness of yourself, or have fun creating wild characters, friends or celebrities.

Once you’re virtually wearing your shiny new LEGO head, you can move your mouth, blink your eyes, frown, wink. The face-tracking responsiveness allows you to record video messages and express yourself - it’s a bit like having your own LEGO emoji.

And this is all done within a Sainsbury’s LEGO card surround that matches the ‘Living Amazingly’ collectables campaign.

This is the first time anyone has been able to see themself as a LEGO Minifig in augmented reality. So for AFOLs (Adult Fans of LEGO) and parents this is an engaging and playful extension of the whole Sainsbury’s LEGO Cards world.

Gravity Road Creative Director (and self-confessed AFOL) Nick Hearne comments “Whenever you build and play with LEGO, Minifigs bring the sets to life. Sainsbury’s have given us this awesome chance to actually get into the head of a LEGO character. It totally captures the spirit of fun and wonder from the ‘Living Amazingly’ card collection.”

Add yourself to this project
Project featured: on 15th October 2020 Contributor: