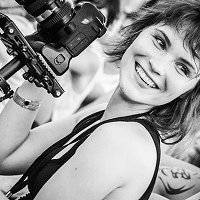 This is a short film that is a result of a self-funded documentary recce to east of Thailand. Although the documentary brief didn't get the founding, the footage gathered during the location scouting trip was put together in this short experimental and inspirational film that spreads an universal message.

I was the director, producer, cinematographer and editor for this film.

Synopsis
Life lessons from a silkworm.
A parallel between the existence of a captive silkworm and the prison that we, humans, often make for ourselves. A bit of a fable but again, is it really just spinning a yarn?