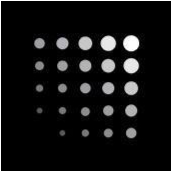 If you live a busy, high performance lifestyle, you need to make sure nothing stands in your way. To highlight the importance of maintaining your eyesight when realising your dreams, independent creative agency Five by Five has partnered with CooperVision - world-leading manufacturer of contact lenses - for a new EMEA-wide brand campaign.
Spearheaded by an epic advert starring six-time French aerobatics champion Mélanie Astles - representing a career in which having clear vision is crucial - the campaign shines a spotlight on CooperVision’s premium MyDay® daily disposable lenses and proves that when performance matters, you need a contact lens to match.
The hero video follows the record-breaking pilot as she prepares to take flight over France. Footage of Mélanie inspecting her plane is also intercut with other activities she completes during the day, including training, giving presentations, and hanging out with friends. We then watch as she takes to the skies, her plane soaring over the French landscape as she executes all manner of daring stunts.
Having worked with CooperVision for over 15 years - even producing MyDay’s original ‘When Performance Matters’ campaign, Five by Five was trusted to create a campaign that was distinctive, credible, and highlighted the importance of having a contact lens that matched a demanding lifestyle. Handling all pre- and post-production, the agency sourced Mélanie as the perfect ambassador for CooperVision, whose high performance career is bolstered by an impressive list of accomplishments.
With the shoot taking place in May, Coronavirus restrictions threatened to impact the production, especially with Mélanie based in France. Fortunately for the team, France and the UK established an air bridge, allowing Five by Five’s creative directors to travel across and attend the shoot. With France also opening its economy at the time, the agency was able to secure the perfect hotel for the Mélanie’s lifestyle shoot - whilst providing accomodation for the team.
Tom Chapman, Client Director at Five by Five, comments: “We were really lucky to have this window of time to shoot in - a couple of months later and it would have been a different story! This was such an exciting project to be a part of, especially as it involves a six-time French aerobatic champion. One of the key goals we wanted to achieve was capturing Mélanie’s eyes at the exact moment when performance matters. What better way to visually represent this than capturing the eyes of a record-breaking pilot just about to enter a barrel roll!”
The multi-channel campaign recently launched in a number of markets across Europe, with more to follow, and spans print, digital, social, and POS.

Add yourself to this project
Project featured: on 9th November 2020 Pro member:

Five by Five Global has been a Contributor since 25th November 2015.