Why Creative Talks Are So Important: Making the connection

Following on from our discussion last week on why creative talks are so important for a sense of inspiration, we’re now looking another reason we believe creative talks are vital to the creative world - networking. This article will look at how creative talks can help grow, build and nurture your network, both locally and perhaps further afield.

What is a network?

‘Networking’ is a term that’s often circulated within the creative professions, and it’s understandable at some point that many of us in the industry become immune to it. We feel we know what to expect, know how to act and what will be asked of us at such 'networking events.' It makes sense, however, to take a minute out to help define exactly where we can improve this term and the act of networking itself.

Essentially, we need to personalise the term and form an ability to recognise each network is individual and personal to everyone. Then, it’s about finding personal ways to connect with the right people, and that’s where we think creative talks are so useful.

Many people can feel a pressure affecting networks as they focus too closely on the outcome and not enough about creating and building the genuine connections that may otherwise exist. Essentially, it’s about giving people the space, time and environment to find those connections for themselves in a place they feel comfortable. This in essence means removing the pressures surrounding work, and boils down to finding common basic connections. However banale they seem at first, they work to create a solid framework for building a working relationship.

A creative talk creates focus and a central point of discussion, and at the same time reduces the pressure to find points of discussion when the structure has been built for you. Often this creates a good environment for chatting after the talk, without formalising the process or making people feel like they have to struggle around to find something to talk about.

It’s about the space

Often it’s the space and environment around you that sets up the right conditions for a successful area to network and grow your connections. We’re really lucky that for thread, we have access to the intimate, friendly Small Horse Inn in Bristol, which is a venue that’s really conducive to this sort of creative environment. It’s low on pretentions and high on simple atmosphere and space to help people make the most out of the event.

Of course, you don’t have to have written up twenty questions before the event, but a reminder to listen, ask relevant questions and build a rapport never goes amiss. The questions can be work related or simply based on common personal interests, but there’s no better way to build a connection with someone than ask questions and show a genuine interest.

Don’t put pressure on yourself

There’s a common perception, and perhaps an anxiety when it comes to building connections, that one should know more people, find a better network, and ‘get out there more’ to share with the world what you do and how you do it. In fact, if you do that you may not be doing yourself any favours, as studies have shown that having a smaller, closer-knit network that you know well may be a better way of developing both creative and career prospects.

Have a business card

Last but not least, and it’s a simple one, but make sure you have a means of allowing people to remember you and get in touch. Even if you just offer it up to say you’d like to meet for a coffee, without discussing work, it’s a great way for people to remember both your name, what you do and the brand you stand for, even if your brand is just you! 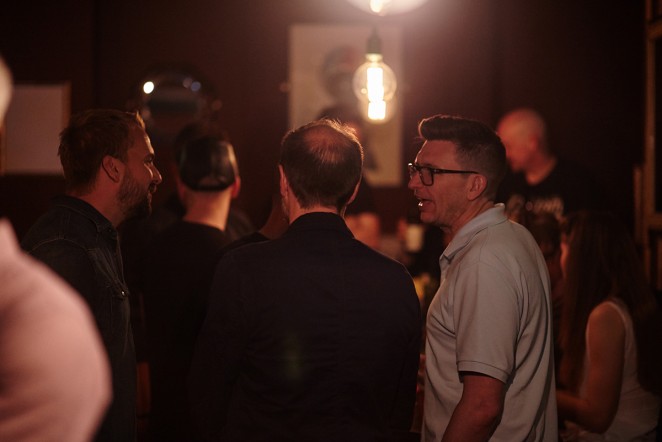 It’s apparent from thread Bristol that one of the reasons people engage with it so well is that it’s in the right space, has the right amount of people and brings together a close community without expectations or assumptions. This fosters the ability for people to engage, communicate and share ideas within a focus - people who speak about the industry with authority - but who also don’t mind engaging, getting involved and having a chat at the end of the night. Approached with the right spirit, networking isn’t as daunting as a lot of people expect it to be.

Visit our website at Fiasco Design for more creative news & advice from our Bristol based studio.