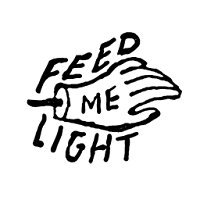 Feed Me Light were thrilled to have had the opportunity to create a commercial for US start-up company Wrapify. This colourful narrative short demonstrates the breadth of skills within the FML creative team in producing their first heavily illustrative 2D piece.

Over the last two years the brand has grown significantly, from what people perceived as a singular local city service with a few cars, to a nationwide advertising service. With impact disruptive marketing, called Swarms, and heavy investment in technology with client access to real-time analytics, these were important elements of the Wrapify brand and its services that needed reflected in the campaign.

Available nationwide across all of the US, it was important that we covered multiple locations to show its scale, but also the reach and accessibility to people, hence character animation being a driving factor.

We aimed to create an engaging world of dynamic environments, travelling through iconic locations in the USA that are stylised, engaging and instantly recognisable. The flow of narrative through various landscapes and characters demonstrates that the potential reach of Wrapify is so much higher than a static billboard in one location, it can reach every part of the country.


The client was keen on an illustrative piece with a sense of warmth and universal appeal, and the design team immediately set themselves to the process of creating a styleframe that captured an illustrative world.

“Focusing on iconic locations in the US allowed us to really go for that big cinematic feel which we were really excited about. And with that big geographic stretch to cross, it also meant we could explore lots of different looks with all the multiple characters in the piece. From the start it was a great project, and James Heller (CEO) was a great client to work with. He was 100% onboard from the start and trusted us the entire way.”

Storyboarding a narrative that spanned several major US cities, bustling with an array of characters as a captive audience to the central focus of the Wrapify cars was no easy feat. The creative team had to be economical in their planning of shots, and frame the narrative in a way that best displayed the principal points of the Wrapify brand.

Once the storyboard was translated to animatic stages, the sequence of shots was again refined so as to better pace the narrative while retaining the important points of the brand message.

A major design point the team received from the client was the importance of the cars, as a central product of the company, not becoming too stylised. They wanted to keep a sense of realism in the piece so the cars would still be identified as a representation of the service that Wrapify provide.

This of course influenced the style, shapes and proportions of both character and environment designs, blending all elements of the piece together so they cohesively appeared as though they had come from the same world.

One of the most important principles in approaching this short was that it not only demonstrated how Wrapify worked, but also why. The cars needed to be the focal point of a populous world where a range of characters encountered and engaged with the wrapped cars, to capture Wrapify as an advertising agency achieving real emotional impact from their target audiences.

A wide array of diverse and wholesome characters were designed as an identifiable collection of both drivers and spectators that could represent any individual across the nation. This also marks Sammy the dog’s breakout role in a Feed Me Light production, the first of what we assume will be many.

The illustrative world of Wrapify came to life through its environments. Tristan Menard designed immersive cityscapes with depth and dynamism that captured the nationwide reach of the company’s scope. Through each city’s characteristic colour schemes and layouts, the short serves as a true reflection of some of the USA’s most iconic locations.

Olivier Pirard and the 3D team brought an extra sense of depth and space to environments through camera mapping, creating three dimensional scenes that allowed for much more dynamic use of camera movements within shots, and a world that had a real physical presence on screen.

The creative team were keen to explore options for character animation that would fit the illustrative style of the short. The decision was made to pursue the traditional animation route for the majority of shots, with Tim Dillnutt taking the lead on character animation, clean-up and colouring, supported with flash animation provided by Pascale Bories that fleshed out the rest of the world. This was a lengthy process within a short that had lots of dynamic camera movements as well as a surplus amount of characters, each who had to be seen emotively engaging with the Wrapify cars.

The pay-off is a short that has a truly handcrafted feel and nostalgic warmth in its use of traditional techniques.

“Tim was amazing at drawing 2D character animations that had volume and depth. He was able to visualise the 3D environments these characters would exist in, and bring this to life on paper.

He could capture movement in a few drawings that allowed us to constantly review our shots, before moving onto refining them. His organisation and shot planning meant we were able to effectively plan a production schedule by sequence.”

Pulling together assets across 2D and 3D took careful consideration of how to blend elements seamlessly together. Render passes such as shadows and reflective surfaces for moving cars gave a sense of physical accuracy, and a separate displacement render pass allowed the compositing team to recreate a painterly, hand-drawn feel across all assets.

Pushing values such as chromatic aberration and depth of focus allowed the team to recreate a real-feel short with depth and perspective. Hand-painted, illustrative lens flares were created to bring an extra sense of life and dynamics to shots.

Check out the process of the project in our Making Of video below!

Add yourself to this project
Annual 2018 ShortlistWrapify - Advertise On Vehicles NationwideAnimation Project featured: on 12th September 2017