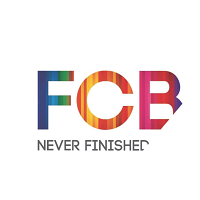 The Background
In 2019, controversies and debates surrounding vernacular schools, racial disharmony and disparity in wealth had been causing Malaysians to be more divided than ever. For Merdeka (National Day), we were tasked to create a film that would resonate well with all Malaysians during such trying times. So, while most Malaysian brands chose to play it safe by pandering unity and harmony; RHB, as a challenger bank, went on a different path by challenging Malaysians’ perception of unity and opening their eyes to the harsh reality of a nation divided by differences.

The Concept
We created a thought-provoking short film that dramatises a universal social issue by taking the audience into a colour-coded world, where a clear divide exists between the rich and the poor, the urban and the rural, and so on. The first half of this film depicts a cold and sullen society marred by fear, uncertainty and distrust. Tension builds as groups of people wearing clothes of different colours find themselves in conflict situations. The climax of this film arrives when one protagonist from each scenario takes the first progressive step by opening the door that had been keeping people apart. This is when the colours of the clothes turn into white; the only element that had been separating the groups is now removed. With everyone wearing only one colour, the second half of the film naturally takes on a different tone. The world suddenly becomes warmer, friendlier and closer, as every person now belongs on the same side – the side of progress.

Results
The bold and disruptive film was an instant hit, and it went on to become the most watched commercial in RHB’s history at that time, garnering over 20 million views, along with over 60,000 engagements. It received RM300,000 worth of press coverage, and it kicked off a movement that saw RHB staff across Malaysia and Asia united in removing colours from their day. The film was even highlighted by the Malaysian Embassy in Indonesia. But the most impactful result was how this film sparked thousands of open, honest conversations about the country’s social, political and racial climate, which had always been seen as somewhat taboo subjects that Malaysians tended to shy away from… until this film came along.

Add yourself to this project
Annual 2020 ShortlistSee Beyond ColourAdvertising: Film Project featured: on 3rd September 2020