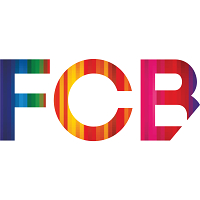 Brief:
With 8 billion voice assistants in use around the world by 2023, the future will be voice-first, but that future doesn’t include people with Down syndrome. Voice technology doesn’t always understand their unique speech patterns, leaving them behind in the voice revolution. As a marginalized community, their needs were never considered.

Adults with Down syndrome are capable of living independently; they simply require more structure and assistance. Strategies to help them remember to cook, clean, and complete their routines are required; they need more support to be safe. Because of their unique needs, voice assistants would be an invaluable tool, allowing them to set automatic reminders and schedules, build to-do lists, and get easy access to help.

The Canadian Down Syndrome Society (CDSS) had two problems to solve:
1- Make voice technology more accessible to people with Down syndrome
2- Shift perceptions of a stigmatized community by showing how access to voice technology can lead to life-changing independence.

Strategy:
Voice technology requires millions of data points (human voices) to perform optimally. Unfortunately, for those with Down syndrome, the small size of their community means these AI systems are lacking the data they need to reliably understand them.

Google’s voice assistant has the most market share in Canada, yet currently misunderstands about one in every three words of a person with Down syndrome. This made Google the ideal partner for CDSS as they would have the greatest impact on the Down syndrome community in Canada.

Phase 1: Recruiting the Community
The campaign launched during Canadian Down Syndrome Week (November 1-7), with two social videos shedding light on the inaccessibility of voice technology for people with Down syndrome and the impact that would have on their lives not only today, but for the future. The videos served as a recruitment tool, mobilizing the community to donate their voices to train Google. The key was to empower the community; to show that people with Down syndrome could have an impact on voice technology, and their own futures.

To recruit this niche audience with only $1000 in media, we deployed specific creative and media strategies. We targeted the tight-knit Down syndrome community organically, knowing the more they engaged, the more the video would be seen by this niche audience. And, for the first time, we harnessed Down syndrome community groups across North America through email and organic social; this in turn led to engagement from more international groups. The campaign became global.

All media drove to Project Understood website, which was built to be inviting and informative. Qualified participants received a login to enter Chit Chat – an engine for raw data collection and machine learning required to train Google’s AI and voice assistant technology – where participants were served 1000s of pre-determined phrases guided by speech pathologists and Google AI scientists. Participants had the flexibility to record phrases over multiple sessions, at their convenience.

Phase 2: Changing Public Perception
Earned media both amplified our message and changed perceptions of people with Down syndrome by depicting the community in a new light; advocating for their right to live independently and empowering them as Google’s teachers. A small, marginalized community was showing one of the world’s largest and most technically sophisticated corporations how to change their platform.

Project Understood achieved global reach and impact. ROI is incalculable, but on a cost per impression basis, 775,000 impressions per $ spent isn’t bad. Results based on the campaign objectives:

Recruiting the community:
• 826,107 organic reach on Facebook (a 678% increase from the CDSS’s best performing campaign) and 82,995 engagements - with just $1,000 in media
• 30+ countries and 735 Down syndrome organizations answered the global call
• Over 600 members of the Down syndrome community joined the project, submitting over one million phrases to Google’s speech recognition database

Google and CDSS presented their research at the UN on March 20th, 2020, calling on all technology companies to make voice technology more accessible. The full impact of this campaign will be seen in years to come. Project Understood is helping future proof a vulnerable community.

Add yourself to this project
Annual 2020 GoldProject UnderstoodWave Project featured: on 3rd September 2020