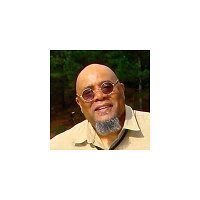 “Starfunk and the Astral Pioneers” is a space fantasy driven by music reminiscent of the serialized “Star Wars” motion pictures, but unique in its storyline. When “Star Wars” was first done, cutting edge and innovative techniques were used to create the first films. As a matter of historic consequence, there are new technologies that were spawned and grown because of the advent of the film. Over the years, “Star Wars” has made billions of dollars for its investors and filmmaker, George Lucas. “Starfunk and the Astral Pio- neers” is positioned for the same type of serialization and because, unlike “Star Wars”, has its infusion of music as another parameter to heighten the drama, wonder and en- tertainment value of the end product, which we feel can boost revenues and sales enormously. There is nothing like having a song riding near the top of the charts help advertise and to limit the costs of advertisement for an up coming motion picture.

STARFUNK and the ASTRAL PIONEERS