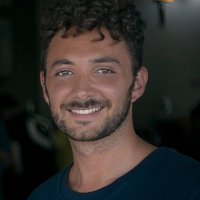 On August 27th, 2017, in Guardia Sanframondi, a characteristic medieval village in the province of Benevento in Italy, the general procession of the Septennial Rites of Penance in honor of the Assumption was celebrated. The event, also known as the Feast of Our Lady of the Assumption, is a very complex celebration that the tradition has dated over four centuries ago.

Every seven years, for seven days, starting on the Monday after the 15th of August, the event invokes thousands of devotees and curious coming from all over the world to witness a unique and spectacular event for the grand and choral participation.

This celebration is the result of an ancient devotion to the statue depicting the Lady of the Assumption to which the inhabitants of Guard Sanframondi are very devoted. From historical news, it is known that these processions took place every time the people demanded it for their spiritual and temporal needs, invoking celestial intervention for the most diverse material needs and in the case of calamitous events such as famines, pestilences, and wars.

On Sunday, the celebration’s last day, the participation is total, when the statue of the Virgin covered with gold is solemnly brought to the procession. During this last act of devotion, about 4,000 people are called on the day of the general procession to stage the ‘mysteries’, sacred representations drawn from the old and new testament, from the life of the saints, from the history of the Church, and from events that have marked the history of humanity.

Among these mysteries, there is one in particular that gives the meaning of all the seven-year celebration, the largest by number of participants, about 1000. At the hail “Brothers, in the name of Mary, with strength and courage, strike yourselves!”, these faithful appear during the celebration only on the day of the general procession. Men and women so called “flagellanti” strike their back with a metal scourge, while others called “battenti” beat their chests with the “spugna”, a circular piece of cork holding dozen of pins, which tradition indicates in 33 (Christ’s age), as a rite of atonement for their sins. Meanwhile, dozens of aides, also known as “disciplines”, have the task to enforce the procession and at the same time bathing the sponges with wine so that the blood won’t coagulate.

Once the procession has come to an end, the statue of Lady Assumption is finally placed in the Shrine, where it will then be closed in a glass jar waiting to be brought back to the procession in 2024.

Although not easy to understand for those who look at it from the outside, what animates the participants in this week of rites representing the essence of this manifestation of popular faith, is an authentic and indisputable feeling of devotion and profound spirituality.