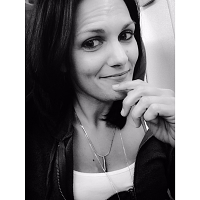 When Hurricane Maria made landfall on Puerto Rico in September 2017, millions watched the disaster unfold on media – initially wiping out the island’s crucial tourism economy. One year later, the recovering island and resilient people braced for a crisis of a man-made kind: 90% of media covering natural disasters on first anniversaries tend to replay the devastation, not cover the recovery. So, PR directly challenged the media to #CoverTheProgress instead. To put a human face on the recovery, we returned to a storm-ravaged neighborhood where residents had painted an S.O.S. sign to attract planes and shot a new aerial photo at the same intersection, boasting a colorful “Bienvenidos! (Welcome) sign. The PR strategy launched an anniversary media campaign generating one billion media impressions. 70% of coverage promoted the progress, and led to the New York Times declaring Puerto Rico as “The #1 Place to Go in 2019.”

Add yourself to this project
Project featured: on 19th April 2019