At London’s newest event space, Magazine, there’s a giant octopus serving drinks, a Human Mirrorball in the middle of the dancefloor and custom-built ‘see the stage boots’ to allow for good views of the DJ. These are just some of the mad yet totally justified concepts thought up by the public to create the most welcoming party in the world, hosted by Desperados.

It’s the largest crowdsourced clubbing event ever staged, and the tequila-flavoured Heineken brand has teamed with global nightlife company elrow and electronic dance music pioneer Skream to make it happen. But the people are perhaps the most important cog in the wheel, as without them there’d be no crazy ideas. 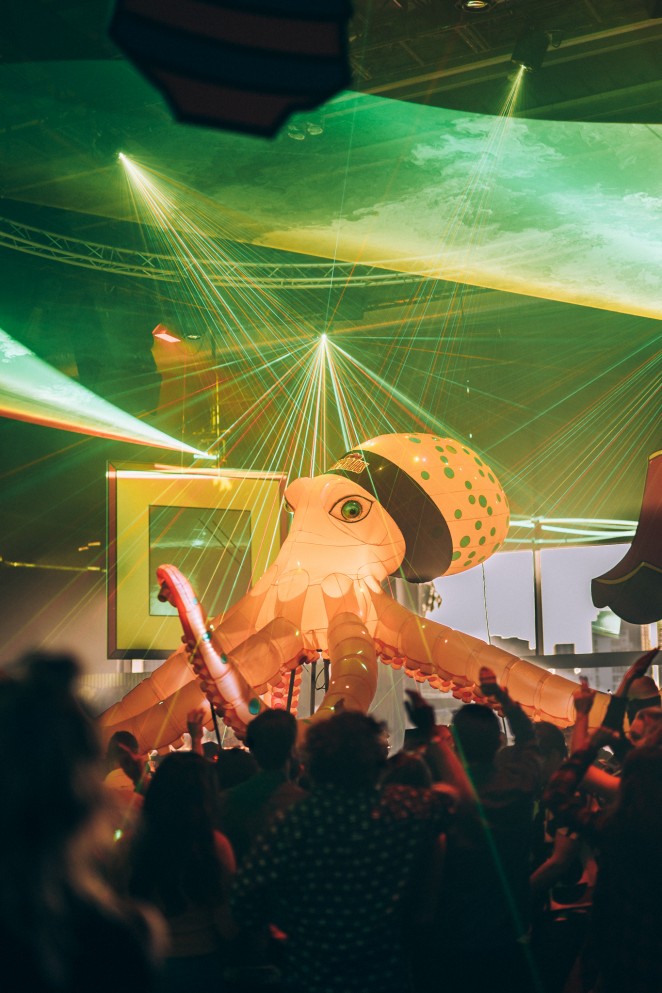 “This year, we launched a campaign called Epic Parties Imagined By You which is all about bringing the ideas of our consumers to life,” explains Diederik Vos, global brand manager for Desperados. We went out and asked what a great party experience means to them because we all party, but how we do it is different. We’re lucky enough to bring some of those ideas to life here.”

The Epic House Party, created with agency WE ARE Pi, Jack Morton Worldwide and MediaMonks, is a culmination of activations held around Europe over the past year which have seen fans shape the experiences with their outlandish ideas. Stunts have taken place in Poland, Germany and Spain but now it’s all eyes on London.

Magazine only opened its doors in North Greenwich a few weeks ago and was seen as the perfect venue to bring the final event in the Epic Parites series to life alongside the River Thames. 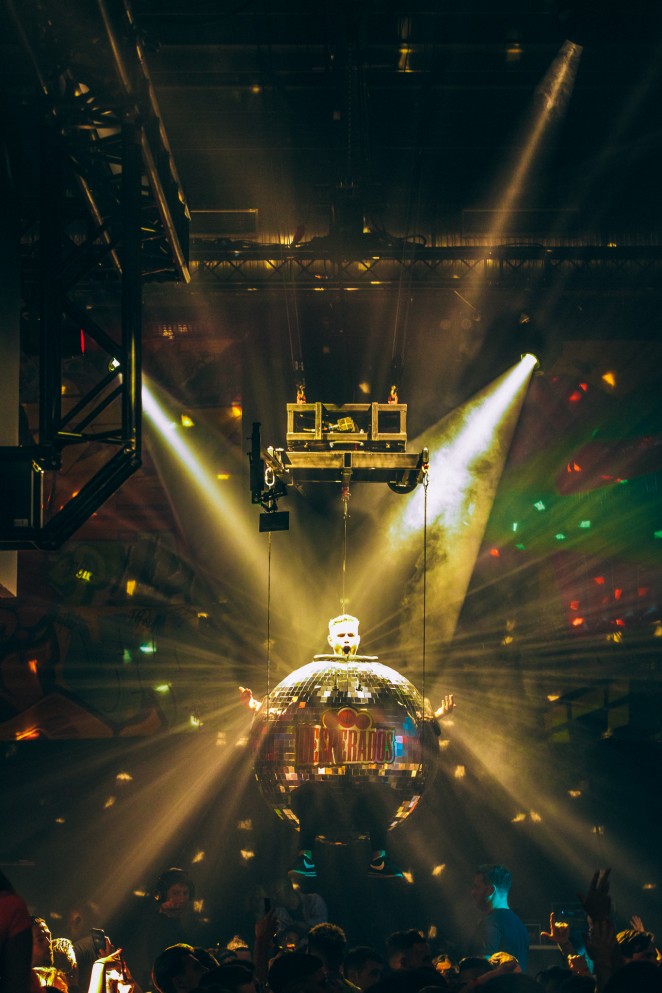 “Why London? For a few reasons, one being it’s a very welcoming city and was welcoming to the various party ideas,” adds brand chief Vos, adding that all the previous destinations have been based on wherever the concepts have come from. “We’re about experimentation and creativity and technological innovation helps us bring those things to life.”

Despite coming up with the overarching house party concept for this latest event, dance music innovator, Skream, is reluctant to take credit for the theme. “It’s not my concept, it’s the public’s concept,” he says before taking to the decks for his five-hour set. “I love the fact that it’s a brand that’s actually putting stuff together. This party is like the glue between people’s minds and going out.” 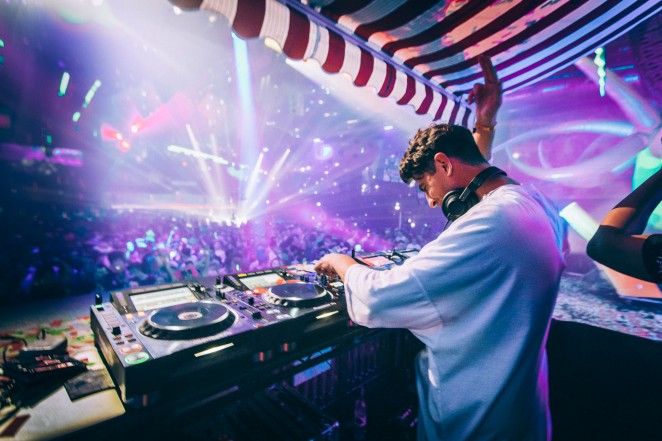 For Skream, the fact that Magazine is a brand new venue is irrelevant despite agreeing it's a great space. The DJ reiterates that it’s more about appreciating how Desperados is involving consumers as opposed to worrying about where it happens.

“There are spaces all over the place but they’re making stuff actually come together,” he explains. “I’ve always really enjoyed what Desperados do and how they bring the general public into the party. I love the fact they’re asking people ‘what do you want?’ - Things that are unbelievable and making them real.”

The ideas this time came from Belgium, Netherlands, South Africa and the UK and are all based on real insights taken from the world of clubbing. The octopus cuts queuing time at the bar, for instance, and there are also friendly door staff such as online influencer Grime Gran greeting people at the giant welcome mat rather than your usual grumpy bouncers. 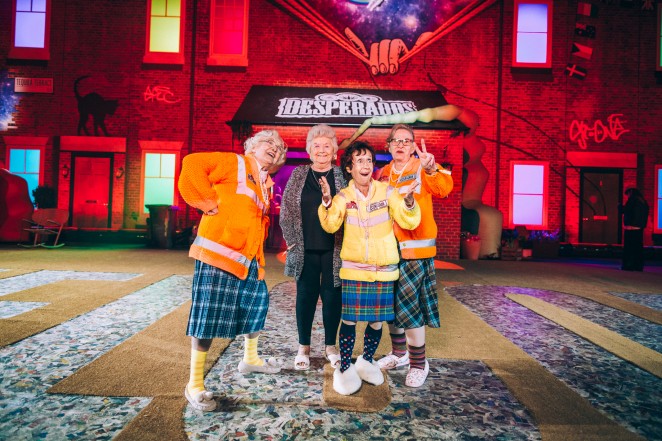 “By definition, for us, partying is inclusive; the party has been our playground for many years and will continue to be,” adds Vos. “We found that what consumers are looking for these days is shared experiences and ideally ones they have an influence over. That’s the insight that really sparked the campaign.”

Previous work throughout the year has included joining two different parties at separate apartments in Spain to create one atmosphere via LED screens and Deep House, which saw DJs play for the world’s deepest dancefloor at Venice's Y-40 Deep Joy Pool.

“Technology is important and we’re using it more and more as a brand. We’re about experimentation and creativity and technological innovation help us bring those things to life,” adds Vos. 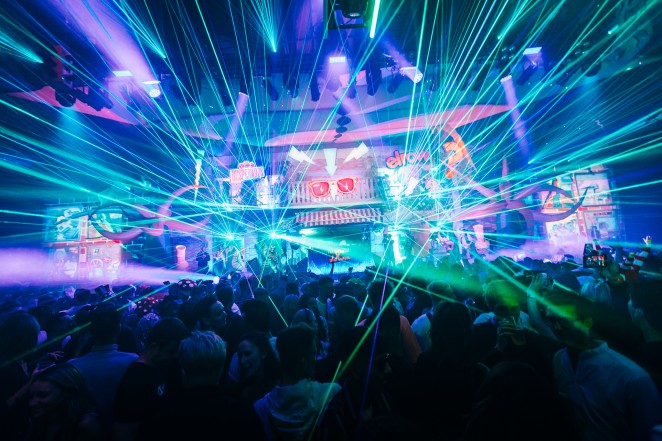 "It’s all about connecting and coming together. That is a human need so that’s the beauty of partying. How we do it differs; you party, I party, we all party but how we do it is different. Certainly, that’s the thing you can see is evolving and nowadays it’s very much about creating that shared experience."

Skream reveals that he and the brand have wanted to work together for around five years and this was the perfect opportunity. “From the last party, they’ve asked people what’s the maddest thing you want see?" he considers. "It’s been a year in the making and people are saying, ‘I want get in the disco ball... I want to do this, I want do that…’ Where else are you going to make it realistic and actually make it happen?” 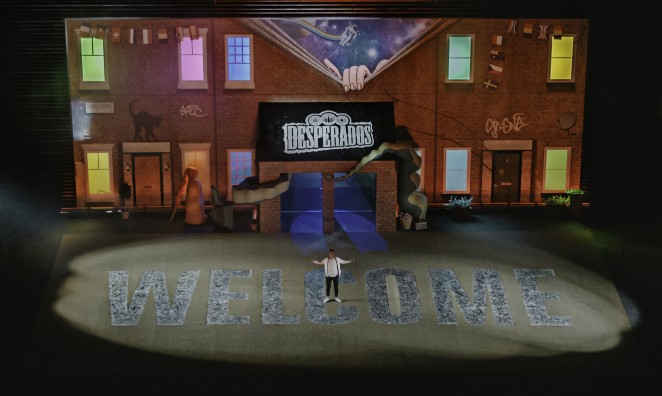 Despite bringing the Epic Parties Imagined By You series to a close, there’s plenty more to come from Desperados as it ramps up its efforts to practice what it preaches. But for now, after an epic night on the Thames, the brand has staked its claim as the most inclusive beer brand on the party circuit with this epic crowdsourced event.

“We’ll continue to bring consumer ideas to life," reflects Vos. "We’re really loving the fact that we’re working with our consumers to do that and it doesn’t stop tomorrow. It is a big with multiple ideas brought to life but we’ll continue our journey.”