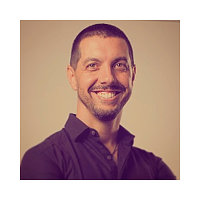 SOUNDS OF CONQUEST
CAIXA is one of the biggest supporters of sports in Brazil. In the year of the Rio Olympics they launched a campaign that helped change the meaning of the word to conquer.

To show that great conquests go beyond medals, CAIXA invited 7 of the most important Brazilian rappers. Following the Hip Hop culture motif, narrating stories of struggle and overcoming, the rappers payed homage to Brazilians in sports, telling the story of 5 athletes and getting together to sing an anthem of motivation, diversity and inclusion.

Each song was made into a music vídeo. A website helped telling the stories behind each lyric. Mobile games, virtual rap classes, a playlist inspired by each of the 5 athletes and graffiti that splashed the walls of Rio and also became ads, All of that helped spreading the message: that your daily conquest also matters.

Add yourself to this project
Project featured: on 9th March 2017