7 mind-blowing secrets about Oscar winner Spider-Man: Into The Spider-Verse

Every February, the Oscars fill our hearts with joyous moments. Smiles, tears and inspirational speeches make film fans emotional across the globe.

Sometimes the winners make us happy and sometimes we get mad at the jury because of their choices. We are all so into animation and we can’t stop watching animated movies. Every year following the Oscar nominees, the eventual winner helps us update our knowledge about the trends and innovations in the space.

This year’s nominees were a bit diverse in styles. Pixar and Disney were nominated as predicted. As you might know, Pixar has won the Oscars since 2002 every year. Pixar presents The Incredibles 2 and Disney presents Ralph Breaks the Internet.

Another nominee was Wes Anderson’s Isle of Dogs. The film is Anderson’s second stop-motion after Fantastic Mr.Fox. It attracts a lot of attention due to its story, and  Japanese elements. Mirai is a Japanese animated movie created by Mamoru Hosoda. Its Japanese setting reminds us of the Isle of dogs. The last nominee is Spider-Man into the Spider-Verse. This animated movie is notable due to its undeniable technical features and the great story. It is considered as one of the best 2018 movies. It won the Oscar for the best animated movie.

The Oscar goes to…

Spiderman into the Spider-verse is a Sony Pictures movie. It was the first Oscar award for Sony Pictures Animation. Bob Persichetti, Peter Ramsey, and Rodney Rothman directed Spider-Man so artistically that made us watch it more than once. They have breathed a new life into the spiderman outdated spiderman or superheroic stories. What we witness as an animated movie is a sharp colors explosion and prompt pace movements.

If you are a fan of superhero movies, you might know that Spider-Man is one of the outdated stories. There should be something special about Spider-Man to persuade a director to work on it. 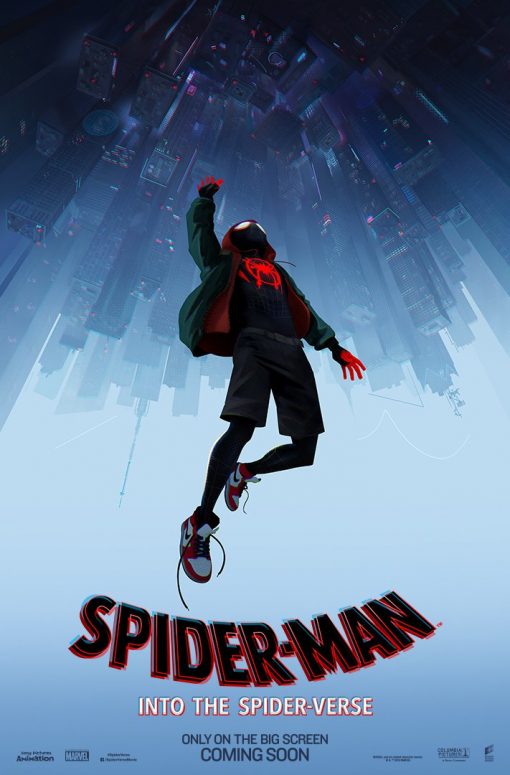 How Spiderman into the Spider-verse steals the prize from other nominees?

Spider-Man into the Spider-verse manages to keep itself so unique through both story and the animation style. Its animation style combines computer-generated art with hand-drawn techniques, all inspired by the aesthetics of the comic books.

It gathered multiple characters from different universes into a coherent story. There is a number of astonishing facts about this movie; 177 animators and staff worked on this film. It took one week to animate just one second whereas it usually takes a week to animate four seconds. It worth mentioning that it took one year to animate 10 seconds footage which led the directors to figure out the style of this animated movie.

Today many animation studios stick to the 3d photorealistic animations. However, the creative team behind the Spider-Man introduced something new to the audience. They used traditional print comic-book style. Moreover, the frame rate in animated films is 24 per second. Creating a different image for each frame is known as animating on ones. Spider-Man broke the norm and animate on twos. It means that they kept some of the images on the screen for two frames. As a result, where it was necessary to highlight and emphasize on the rush and speed, the animate was on one and where there were struggle and fuzziness the animate was on twos.

Spider-Man: Into The Spider-Verse is a remarkable animated movie. Because producers have used plenty of techniques to make it. Another innovation is that the movie is created using comic-book style. It’s a comic book that moves. If you freeze any part of the movie, at any time, it’s like an illustration with hand-drawn touches. In some part of the movie, there are writings that represent the sound and motion just like what we can see in a comic book.

Also, if you have seen comic books, there are some parts of it which are misprinted. Spider-Man producers used this technique in the movie to show depth and focus instead of blurring.

Another technique is halftone 8 that uses dots to create colors and gradients. Furthermore, hatching and crisscross created shadow.

It features some fourth-wall breaking and self-aware narration. The characters are comic book characters that they are aware of this fact. At the same time, they enjoy the adventure that they are experiencing. This technique welcomes us so powerfully to their own world.

What has made Spider-Man Into The Spider-Verse so special is the precise attention to the details and creative thinking. The play with colors, tone, texture, form is great. With all the features that are mentioned above, it’s no wonder they won the Oscar and many other well-known awards. This animated movie is looking for something a bit different both in storytelling and in its techniques.