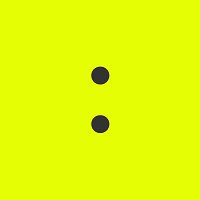 We collaborated with Budweiser to create a limited-edition can for its 2021 Labor Day #RaiseABud campaign, in celebration of hardworking Americans.

We asked Budweiser drinkers to nominate a hardworking American, be it a friend, family member or colleague in their life by posting a picture of them on social media, telling their stories. Of the nominated workers, 10 lucky finalists received their name emblazoned on a personalised Labor Day Budweiser can, custom-made especially for them, with one individual winning three months’ worth of wages paid by Budweiser.

To inform the creative process and develop the campaign approach, we determined three key tenets that underpin the Budweiser consumer using the phrase Blood, Sweat and Beers as a point of inspiration. Firstly, ‘Blood’: in the context of COVID, the importance of family connections and home are ever more pronounced. Just like its consumers, Budweiser is a heritage brand that takes fierce pride in its provenance and ancestral roots. Second, ‘Sweat’: one in six US employees lost their job at the start of the pandemic. Whilst this was clearly devastating, 12 industries employing some 55+ million people were deemed ‘essential’ at the start of the pandemic. The COVID era has highlighted both the existential importance of workers as well as their vulnerability to danger and job loss. Thirdly, ‘Beers’: it is workers that make Budweiser what it is today, driving the industry forward. Around 210,000 Americans are employed by brewers and distributors, and each job in the brewing industry generates a further 30 jobs in associated industries such as farming, transportation and hospitality.

For the personalised winner’s can, we took the iconic Budweiser design and made subtle alterations, including a reworked insignia made to resemble a medallion and a custom beer glass illustration. The design centres around the winner’s name, preceded by a piece of bespoke typography inspired by the late 19th century era of the first Labor Day, reading ‘This Bud’s For You’.

When developing the Labor Day campaign, it was important to keep the focus on the workers and the contributions they’ve made. We took visual cues from the time period that Labor Day originated to pay homage to previous generations of workers, as well as today’s.

In addition to the limited edition can design, we created an accompanying website to complement the initial social media campaign and expand on the experience by featuring some of the nominated workers’ inspiring stories, alongside the history of Labor Day and how it has impacted American workers. We hoped to appeal to Budweiser’s target consumer’s values of authenticity and patriotism, and ultimately create a campaign that reinforces Budweisers values and ambitions as a brand – championing the best of America and the ordinary people that have done extraordinary things.

The campaign aimed to generate quality nominations via social media in order to shine a light on some of the amazing stories of dedicated workers from all over America. The campaign which ran over Labour Day weekend racked up over 500k impressions and 200 submissions.