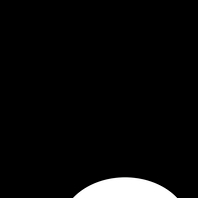 Beer has changed a lot in the past decade, with countless start-up breweries launching disruptive and eye-catching brands. However, for most of the UK beer drinking population, these new brands are more intimidating than they are exciting; in fact, only 3 in 10 people would currently call themselves a craft drinker. For the other 7, trying a ‘craft’ brand feels like an expensive risk. These people want to explore, but they also want the reassurance that they’re ordering a good-quality, refreshing beer that isn’t going to blow their head off with its triple-hopped taste.

For Greene King – the UK’s oldest and largest independent brewer – this move into modern and contemporary styles of beer is a move to secure the future of their brewery. Pre-COVID, fewer people were ordering cask ales; like many other things COVID simply accelerated the decline of beers that are best enjoyed fresh and professionally poured in a pub. Rather than show up like another new kid on the block, we embraced our age and heritage – two things capable of driving distinctiveness within the category if handled right. After all, what other brands have been at the heart of British culture for over 200 years?

Steeped in folklore, each beer celebrates the eccentric myths and legends of British history using playful, characterful illustrations. The illustration style is inspired by historic woodcuts, with a modern twist of vibrant colour combinations. Some rely on recipes from the brewery’s archives; others mix lost ingredients with contemporary styles and processes.

We’ve used individual, bespoke typographical personalities for each variant. Inspired by historic typefaces, we playfully accentuate quirks and personalities to give them a contemporary twist.

Both the naming and copywriting cleverly delivered not just humorous and intriguing insights into the legends behind the beers, but gave subtle clues to their different strengths and flavour profiles, telling the stories nobody else could tell, about the beers nobody else could brew.

All while driving significant reappraisal of the Greene King brand – a British institution that’s been at the heart of communities for over 200 years. And those 200 years has given it a lot of stories to tell.

Design Bridge has been a Contributor since 25th November 2015.