How do you fight Holocaust denial to deliver the truth to young people? How do you crack a fantastic campaign for Netflix's A Series of Unfortunate Events? And just how do you keep your mind fresh and open to an endless stream of new ideas?

Freelance creative director David Feldman defines himself "lucky" to have been able to make some work experience in Adland while still at school. And yet, it was him who kept in touch with the right people at the agency, and it was him who helped deliver a 'bonkers' TV script with his former creative partner. Though he may be too humble to admit it, David's determination and ambition shines through each of his works below – and it is the same energy that made him envision a strategy to fight off the trolls of the Internet on International Holocaust Memorial Day.

For this Member Spotlight, we're getting to know a passionate and motivated creative professional, someone who can get inspired by as little as a lunch time run. 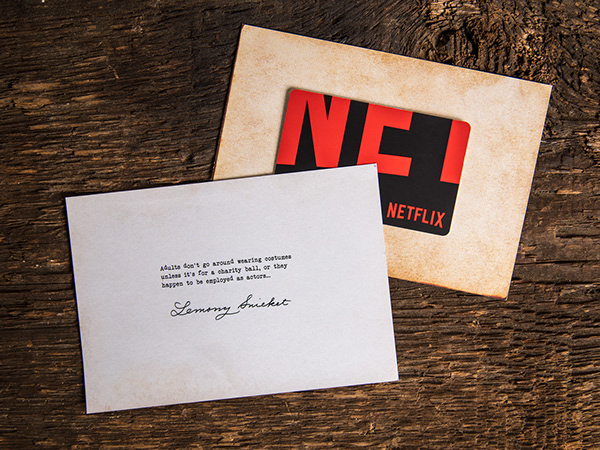 I’d been lucky enough to have some work experience at an advertising agency while I was at school. I stayed in contact with the Creative Directors, Malcolm Green and Gary Betts, which paid off when they offered me and my former creative partner a chance to come in for a placement after finishing university. On our last day, we managed to crack an illustrious car brief with a truly bonkers TV script, and they were bonkers enough to hire us. 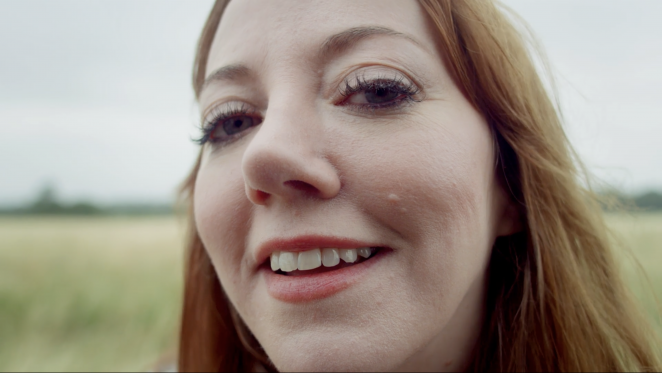 At home, but I guess that’s not quite what you meant. Last September I took the decision to leave We Are Social as Creative Director and start as a freelancer, which has been brilliant so far. I’ve just spent 8 months working for Facebook in Creative X, their in-house agency. 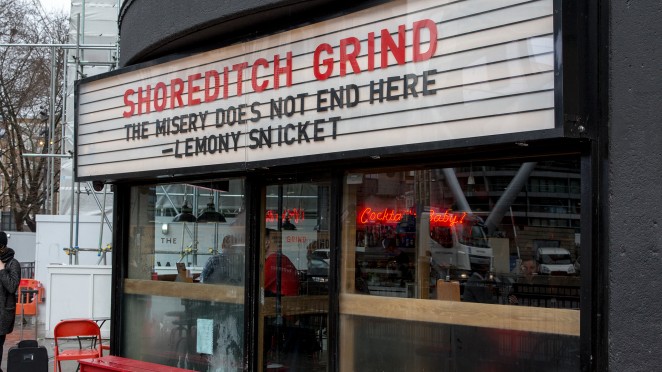 I’m methodical at the start. I try to answer a few basic questions, otherwise the work will lack any depth. What point am I trying to make? What’s the human truth people can relate to? Why will anyone care? After that, it’s about crafting the argument and seeking inspiration from wherever I can find it to make that argument in a convincing way - people, books, Instagram, podcasts, articles, Netflix, etc. When I’m stuck, I go for a run to try and untangle some of those thoughts in my head. If I come back with a killer thought, I jot it down and start building it out into an idea. Before someone tells me it’s sh•• and I start again.

I think the current pandemic has proven a lot of us can work perfectly well from home, using Zoom and Google Slides.  I’m probably too reliant on the internet for inspiration and information which is why I try and force myself to seek it elsewhere, where I can. 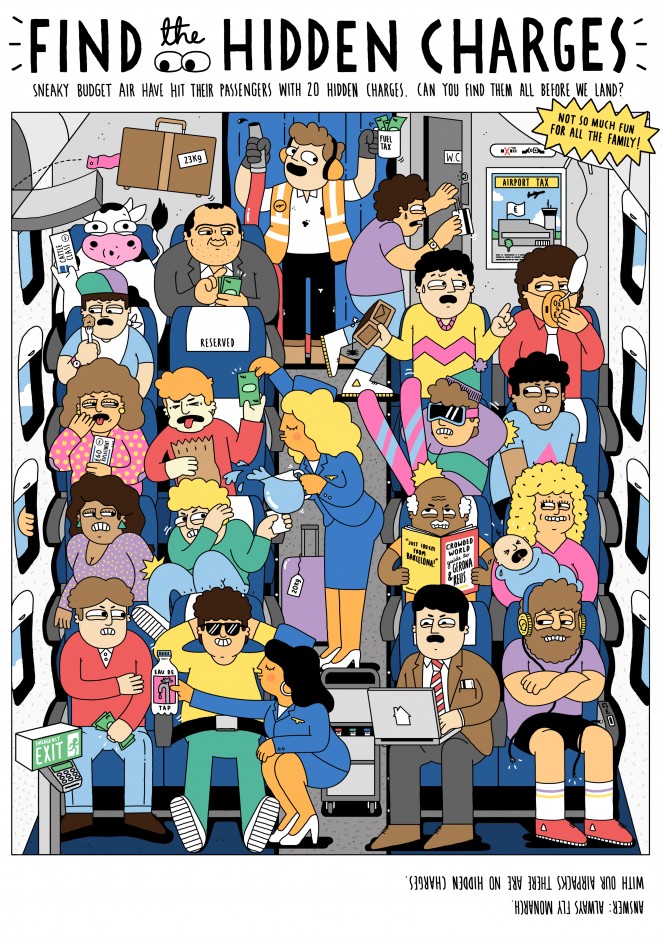 The opportunity to go one better than last time. ‘You’re only as good as your last piece of work’ is as exciting as it is petrifying.

Can you tell us more about your spotlighted work on Creativepool?

Through our research, we found that young people on social media are less likely to be antisemitic yet more likely to share fake news than real news, which was contributing to the alarming rise of young, connected people minimising and even completely denying the Holocaust.

We knew we had to create an honest counter-narrative and plant it at the source of where denial spreads: Reddit, the front page of the internet.

On International Holocaust Memorial Day, we launched OPERATION DENIAL, a 24-hour international counterstrike against the trolls. Using the very same techniques as the trolls use to spread fake news, we surgically placed truthful, tragic and human stories that young people could empathise with all over Reddit, who then spread them into other influential communities and then mainstream social media and news. 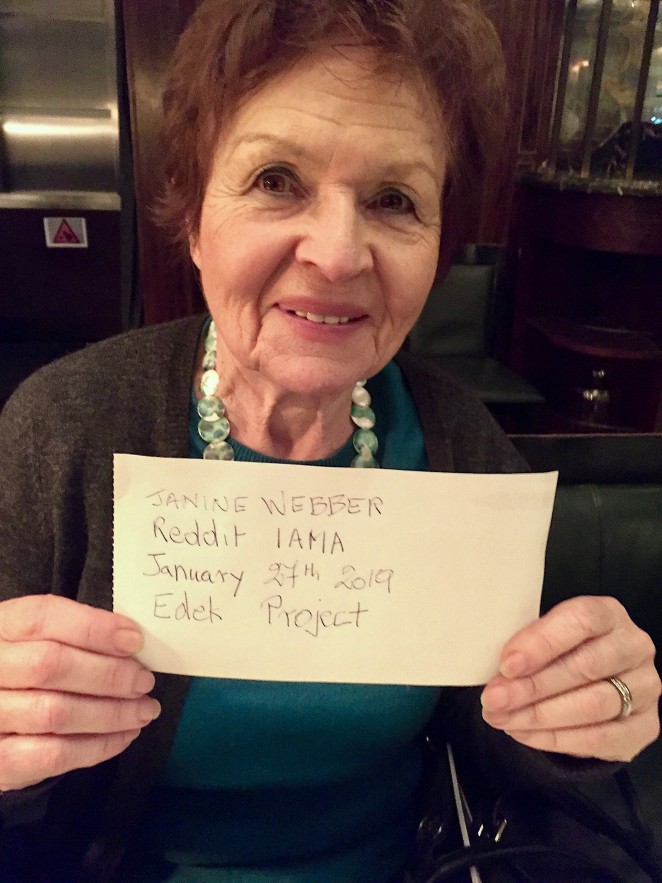 OPERATION DENIAL used clickbait to put our counter-narrative on the biggest Q&A platform on the planet - Reddit’s official Ask Me Anything page (r/IAmA - 19M users). We organised a live 1-hour Q&A with an 86 year old survivor who made a hip-hop video (directed by Malcolm Green and produced by Marc Cave for the Museum) about a man named Edek who had saved her life from the Nazis. We used spam to announce it from the most influential communities - with a potential reach of 50 million impressions.

We instigated one of the greatest platform takeovers ever. For 24 hours we convinced r/unexpected (1.9M users) to replace their frivolous memes with hundreds of deportation records from Holocaust victims.

In partnership with WW2 historians, we seeded articles and anecdotes that young people could empathise with.

Our AMA became one of the top 100 AMA’s of all time, reaching 32M people, with 36k upvotes and 2k comments, bypassing those of famous celebrities such as Arnold Schwarzenegger, Sir Ian McKellen and Denzel Washington. And all with a budget of zero. 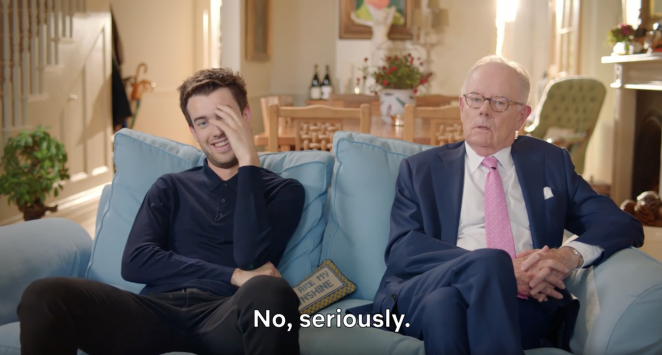 I have two young kids so that’s not always easy. But lunch time runs, QPR and holidays are massively important to me.

If you would like a book crit, please get in touch. I’d love to help.

Creativity is about change and finding answers. Corny as it sounds, the world needs us more than ever to mend it.

Thank you for the great write up.