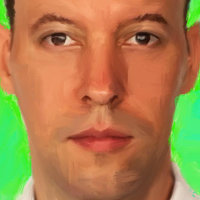 Branding system (packaging and collaterals) for Mokha King, an independent green coffee trading company, headquartered in Toronto (CAN) with operation unit in Sana’a, Yemen and dealers in Dubai, United Arab Emirates and Melbourne (AUS). They provide specialty coffee from some of the most distinct coffee plantations in Yemen, working closely with farmers in the country to carry their coffee to international markets. Mokha King was named after Mocha Port in Yemen, which is on the coast of the Red Sea. This port was the main coffee market of the world (Coffea Arabica) from 15th to 18th Century, transporting the coffee from the countryside to the port of Mocha, from where it conquered the world and was shipped abroad. Nowadays, Mocha Coffee consists of 100% authentic Yemeni coffee. Yemeni farmers preserve a coffee industry that dates back to ancient times, to turn beans from the mountains of Yemen into coffee served in the best and trendy coffee shops around the globe.

Add yourself to this project
Annual 2017 JudgeEmerging Agency of the Year Pro member:

Daniel Da Hora has been a Contributor since 23rd February 2018.