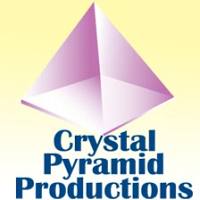 We are emerging from an 80-year Cannabis prohibition during which we had no access to a medicinal plant which creates homeostasis in the human Endocannabinoid system. And why? Greed, of course. After the alcohol prohibition ended, these government goons decided to create more work for themselves by imposing racist policies and then the aptly-named Dick Nixon pounded the last nail in the coffin when he classified Cannabis as a Schedule 1 drug. And people fell for it. By the time they realized that “marihuana” was actually the Cannabis they had been using in tinctures in their medicine cabinet, it was too late. For thousands of years civilization had been using Cannabis for ship's ropes and sails, food, clothing and paper. The US American flag was sewn with hemp, and the US Constitution was drafted on hemp paper. That medicine (without the debilitating side effects of so many pharmaceutical drugs and that people could grow themselves) was no longer within their reach.

Now that people are realizing the medicinal effects of Cannabis, and the fact that all mammals have an Endocannabinoid System which has cannabinoid receptors, Where do we go from here?

This segment is part of a larger educational series called "Cannabis the Story" featuring conversations with Cannabis luminaries from around the world.

For further information about the "Cannabis the Story" educational series, go to