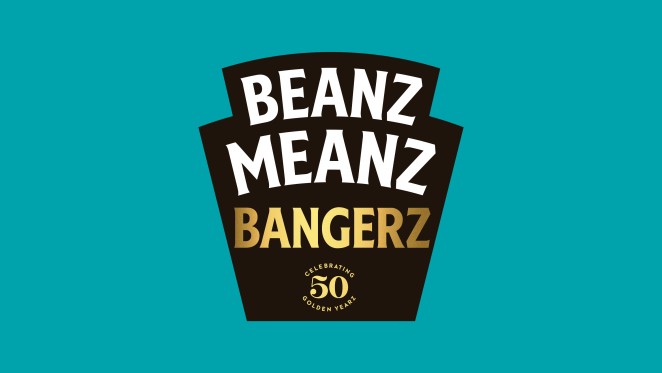 With the Heinz brand so close to the hearts of British people, JKR’s design work taps into a sense of welcome recognition and comfort in the household brand, while also providing a moment to bring the brand to a new, younger generation. There are also 50 special limited edition cans signed by Maurice Drake, the creator of the Beanz Meanz Heinz slogan in the 1960s. Labelled 1/50, 2/50 and so on, they will be sold for £10 on 5th April with number 1/50 displayed on a podium in the Selfridges Food Hall throughout the duration of the campaign. All proceeds will go to the Ideas Foundation, to inspire creativity in future generations. 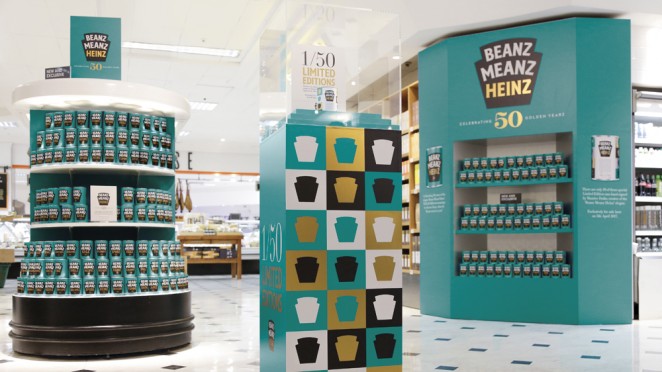 The café at Selfridges will also offer Heinz Beanz recipes for customers to try. JKR has created all point of sale assets and visuals for the environment, including menus and posters to tell the story of the campaign. Heinz subsequently briefed JKR to incorporate the creative campaign into a Selfridges store window display to celebrate the notion of ‘home’ which will drive people to the in-store experience and limited edition range. 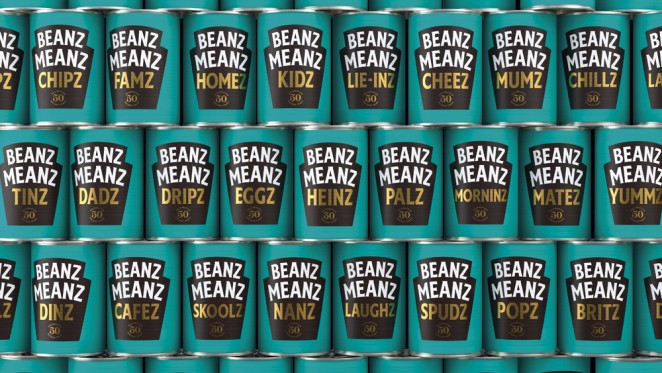 Lucy Clark, marketing lead at Kraft Heinz, said: “As the number one beans brand, Beanz truly does mean Heinz. We take huge pride in this much-loved household staple, from the laser technology that scrutinises every single bean to the top secret spice recipe we use for the sauce. Maurice Drake’s slogan summed it up perfectly and the popularity of the numerous adverts that followed is testament to that. It’s an incredible achievement to have a tagline that continues to strike a chord 50 years after it was first penned and we hope its legacy will continue for many years to come.”

Stephen McDavid, Design Director at Jones Knowles Ritchie, added: “Maurice Drake's famous slogan’s might be 50 years old but it has truly stood the test of time. Discovering what Beanz Meanz to consumers today felt like the perfect opportunity to celebrate this iconic slogan in a modern way. Selfridges is a fantastic environment for any brand and we wanted to ensure that Heinz Beanz really came to life within this space. By celebrating the brand’s most distinctive and recognisable assets across packaging, point of sale and throughout the pop-up café, we were able to create a real Heinz Beanz experience. To top it off, the Selfridges store window provided a great canvas to continue the story by proudly placing beanz at the heart of British homes.” 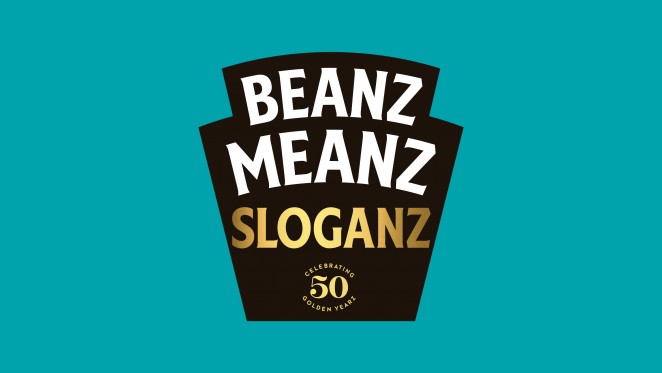 In 2012, a Creative Review survey put “Beanz Meanz Heinz” top in all-time ad slogans. And in 2000, Drake's catchphrase was unanimously voted the best advertising slogan of all time by an expert panel from the UK's advertising industry, in the Advertising Slogan Hall Of Fame.