Ash Jones is the Founder and Director of fast-growing personal branding agency, Great Influence.  Ash’s journey to business success started in 2014 when he became one of six founding team members of Social Chain – now one of the World’s most renowned social media agencies, with a public listing on the German Stock Exchange and revenue in excess of €620 million.

We caught up with Ash recently to discuss his own great influences, what drew him to the world of personal branding and why the pandemic was actually pretty great for Great Influence.

You have set up a personal branding agency, Great Influence – What was your motivation for doing this?

The trend around personal branding was definitely starting to rise in 2018 when I set up Great Influence and is it has most definitely increased in demand since then!

Also, I had been at Social Chain for four years and I felt like it was time to take the next big step. I never envisaged myself as someone who would ever start a business or considered myself to be entrepreneurial in nature, so there was no bigger step that I could take! The personal motivation was that I am always looking to challenge myself.

You were Marketing Director of Social Chain – what did you learn from that role?

B2B marketing for a small business/agency is very difficult and in the early stages, it’s hard to get anyone to really pay attention or take notice of you. I learned that in the first 12 months in my role as marketing director.

After 12 months of trying various marketing activities, the one that had the most impact for B2B marketing was Steven Bartlett, the CEO, speaking on stage about Social Chain. This alone drove 80% of revenue for the business.

We drew from this that putting a CEO on stage to tell their story is a very powerful marketing tool. Steven being the mouthpiece for Social Chain taught me that when you're in the very first stages of building an agency, and this is very specific to an agency, and starting from zero, the most impactful marketing that you could do is through personal branding and not trying to build a brand for the agency. That can come later down the line when you've got a bit of traction.

When did you decide to set up on your own with Great Influence?

In Mid 2018, with more and more founders and CEOs interested in personal branding I decided to set up on my own and pursue this and founded Great influence.

What have you achieved to date over the last three years?

I have been lucky enough to work with the CEO’s of some of the leading brands across the country, including Julian Hearn of Huel, one of the fastest growing companies in the UK, Oliver Cookson, founder of Myprotein, the number one nutritional brand in the UK, Umar Kamani of PrettyLittleThing, the UK’s number one fast fashion brand and Sacha Lord.

I've been fortunate enough to work with a bunch of very reputable founders and CEOs. As a result of these opportunities and a focus on growing the business, we have definitely grown and most specifically over the past 12 months where we’ve experienced a 300-400% growth and also grown the team.

How big is your team?

No, quite the opposite. I think Great Influence, by the nature of what we do, was one of the only agencies not to lose a client at the start of the pandemic. It was a really dark time in that I had friends who ran agencies and some of them went bust and into administration and had to fold. Some of them lost 70% of their business literally overnight, but Great Influence was the opposite; we didn't lose a single client. In fact we gained clients as interest around personal branding increased, which makes a lot of sense when you think about it.

The way that you would typically build a personal brand is not just through your social media channels. It's speaking at events, offline activities like networking in person, and all of a sudden you couldn't do that anymore, so the only channel that you had to communicate was online. So for a founder or CEO of a business needing to network and build relationships, the online option made sense all of a sudden.

What did you learn as a business through such tricky times?

I didn’t really learn anything to be honest. We didn't lose any clients, it wasn't a struggle, Great Influence actually grew in that period. I think what I learned from the people we work with who did lose business is the importance of having multiple channels that help you spread the message, network with people, create opportunities, create and build relationships and ultimately drive business.

So personal branding makes more sense; it is like another channel for you to own to create relationships and opportunities and hopefully drive more business. That was the key thing I learned and took away form this tricky time.

What does the future look like for the personal branding niche as a sector?

I think it is getting to a point where it is inevitable that every founder and CEO of a business needs to be active on their social media channels, for a multitude of reasons; from building relationships, creating opportunities, inspiring their staff and team, building more trust with investors, creating awareness of their brand in the wider community and industry.

I think the future is that it's now gone from a concept that was ‘interesting’ but only done by a small amount of people, to a must have in business. You have to build your personal brand if you want to get ahead.

Where do you hope to be with your business in 12 months’ time?

Because there are only a handful of personal branding agencies in the UK, we’re already the leading agency, which is a really strange position to be in as such a young business. Because of the current lack of companies within this space right now, we are literally one of about only four others in the UK. So it's a really strange position to be in. The minute Great Influence was created, it was one of only two personal branding agencies in the country. As the others have started to pop up over the last couple of years, Great Influence has remained the leading one.

It sounds really strange to say that from day one, we were the market leader, but it’s always been that way. Usually you have a company that pushes you or one you look up to and aspire to be like them, but that hasn’t been the case. This has been good for us as we haven’t looked to anyone else or another similar agency to decide where to go which I think is an issue in other sectors as it could be really easy to be influenced by others.

As an example, if I was starting a social media marketing agency now, I’d look at what Social Chain was doing and be influenced by their direction and ideas, so I think I’m in a fortunate position because we're not able to rely on any other business model to decide on our direction; we have to do it ourselves and effectively trailblaze.

So that’s the challenge – to define and create what a personal branding agency is and what it looks like and how it helps. Over the next 12 months we will be expanding on what we are doing now, not trying to grow; we don't want to be a big agency, but we want to be the best agency and for us that means staying small.

What have been your biggest challenges since starting the business and would you have done anything differently?

I also never thought I’d be a good manager of people. I never thought I’d hire anyone, so that has been a challenge, but it's been amazing, and I actually think I do a good job of it which I'm really proud of.

Would I have done anything differently? Yes, I would have said no more often because in the earlier years of Great Influence I just said yes to everything, and it led to us doing a few things that weren't necessarily the right fit for us. Now we're in a position where we really take time to understand if something is the right fit for us or not, and we have the belief in what we do to be able to say no to people even when the opportunity is enticing.

Who has been your main inspiration in your career to date?

Steven Bartlett has been my main inspiration over the past ten years and still is today. Obviously, I have a very close relationship with him due to the work we have done together, but he set the standard and enabled me to be a version of myself that I never would have imagined possible.

How would you sum up Great Influence? 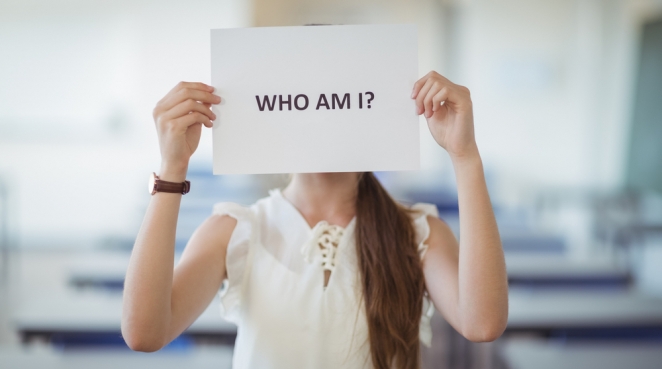 Great. I think the three years that we’ve had in business so far have been unbelievable. The things that we've achieved for people, what we've achieved as a team, the brand that we're building and the reputation that we're building. But it hasn’t been perfect, and we've never tried to be perfect. The aim for us is in the name, the aim is to be great, but the aim isn't to be perfect.

Great isn't perfect; the last three years haven’t been perfect, but it’s been great and that's all that we can hope for. You can't achieve perfection; instead we've achieved greatness and we shall continue to do so!