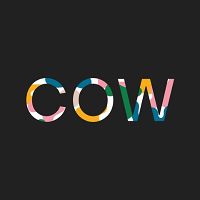 Concept:
Our idea for STEM charity The Big Bang Fair saw us film two young synchronised swimmers struggling to perform their World Championship routine in a pool full of household plastic waste. The film emphasised the issue of ocean plastic waste and shone a light on the young people turning to STEM to find solutions.

The idea was created for The Big Bang Fair as part of its objective to inspire more young people to become scientists and engineers and address the shortfall in students taking STEM subjects at school and university.

While changes in consumer behaviour will go a long way in reducing plastic, STEM innovations will also form a crucial part of the solution – both in removing existing waste from the oceans and finding viable plastic alternatives.

The journey to the idea began after discovering a 14% increase in entries by children to the TBBF’s ‘Young Scientist of the Year’ competition using STEM to solve the issue of ocean plastic waste.

This data gave us the jumping-off point we needed and enabled us to frame the idea with a strong call to action. That is: young people care deeply about the environment and some are already turning to STEM to find a solution to plastic waste. But the world needs many more young people to become the scientists of tomorrow if we are to truly solve this plastic problem.

The inspiration for the idea itself came from the many pictures of marine life struggling to swim through plastic waste. We simply asked ourselves “What if we had to swim in plastic?”.

Execution
Instead of using new plastics (and adding to the problem!) we collected used, recyclable household plastic from everyone at the agency, as well as from our friends and families.

We spoke with British Swimming, who loved the idea, putting forward synchro pair Kate Shortman (17) and Isabelle Thorpe (18) to participate. As sixth form students at Bristol’s Clifton High School and Team GB athletes, they were the perfect fit for TBBF.

But making a point about swimming in plastic was only half the idea. We also needed to show that young people are turning to STEM for solutions. That's where we looked back over the entries to TBBF's Young Scientist of the Year competition and found Luke De Bretton-Gordon (16). Luke had used his STEM skills to develop ‘edible water bottles’ for his competition entry: an invention that could eliminate the future production of single-use plastic.

Our hero content was a film that artfully captured Kate and Isabelle struggling to perform their routine in the plastic detritus that had been dumped into their school pool. For the film we recorded school children talking about the issue of plastic and used this as a voiceover paired with pictures of the synchronised swimmers, while also including a poolside interview with Luke.

Finally, all the used plastic we collected was recycled after our shoot.

Results
We got around 340 pieces of coverage, with loads of nationals and over 20m views of our film – which was put out on social media by some of the world’s biggest media titles and publishers. The World Economic Forum even used our content, which bumped up the views by a few more million.

The press was full of praise for the idea. CNN said the synchronised swimmers should “get a gold medal just for this”, the Press Association remarked that the idea “sends a powerful message” and BBC Radio 4 had just one word for it: “Amazing”.

The public responded similarly, commenting how the idea was “brilliant and beautiful” and “intelligent, inspiring and bloody clever”.

When we conducted post-campaign research with 11-15 year olds, 52% of them said the idea had made them see STEM in a new light and that they would now definitely consider taking STEM subjects at GCSE, A-level and university.

Finally, as a direct result of the idea Kate and Isabelle were given additional funding to help get them to the 2020 Tokyo Olympics - where they can continue to champion STEM on the biggest sporting stage of all.

Add yourself to this project
Annual 2020 SilverSwimming In ItPR Contributor:

Cow has been a Contributor since 25th November 2015.