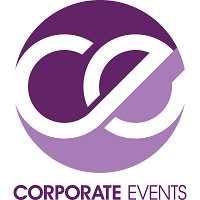 Background:
Each year the British Media Awards brings together over 600 senior media executives to recognise and reward those using innovation within the industry to drive growth and add value. Each year the event’s main focus is around the people that attend – the guests, those shortlisted and the overall winners. With companies such as The Guardian, The Economist, Dennis Publishing and Vice Media in attendance expectations were high. The nature of the media industry means that guests attend many events throughout the year and therefore it was key that this year’s British Media Awards offered something new and exciting.

Solution:
The client’s brief was to create a British theme without the typical red, white and blue colour scheme. Working with the client our designers took the union jack flag and injected the British Media Awards branding, using the purple and pink tones to create a vibrant, colourful and modern event ID. Projection mapping gave us full creative control of the look and feel of the set and stage. The central panel, highlighting the event logo throughout the evening, became the main focal point creating an effective backdrop for all of the event photos. To ensure the whole venue became part of the event, the technical team worked their magic, creating an innovative lighting solution, effectively lighting each area and bringing the event theme and atmosphere to life. With the nature of the awards centred around the people, it was important that attendees were fully immersed within the experience. Throughout the awards ceremony, we used a roving camera to take longer shots of winners walking up to collect their prizes giving them more of the all-important screen time. We also listened to the feedback from the client on the previous year’s awards and created a ‘chill out’ area in the after party to encourage guests to stay beyond the awards ceremony.

Outcome:
No detail, no matter how big or small was overlooked by the team. British Rock and Roll music was played throughout the evening and the events opening sting used the track “Rebel Rebel” honouring the late David Bowie. British landmarks and icons including Big Ben, London Bridge, Union Jack flags and the London Eye were used as table centres and a true British comedy gem hosted the entire evening. The very funny and light hearted Claudia Winkleman was the perfect host. She kept a well-seasoned audience in check and was a natural at commanding the room. To top the evening off the after party was a great success. Guests were able to enjoy a full DJ set as well an area with a bar and photo booth for those that wanted to enjoy the atmosphere from a distance. By keeping the after party in one area but providing different options we were able to appeal to everyone, and most of the attendees stayed to see the celebrations out until the early hours!