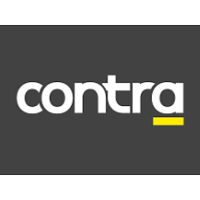 Along for the ride were electronic producers Anz, Shy One and HAAi who used the latest Shure MV88+ microphone to explore the audio world of Hardline in Wales, Air Race in Indianapolis and Crashed Ice in Yokohama, Japan. We were placed at the heart of the action in each event: from the bone crunching landings on the freeride-style jumps, to the roar of plane engines, to the slicing of ice; we captured a huge palette of noise.

Back at the Red Bull studio, we followed the artists as they used the field recordings from each event to produce a track. We found it so inspiring to watch the method behind combining and manipulating different samples of noise to create a totally unique sound. The final results were completely different; with each musician bringing their own artistic flourish to the table.

We wanted to match the pace of the events by using a handheld shooting technique which adds energy and movement to the footage. We decided to shoot the high-speed action in a high frame rate for two reasons: to give us the option for dramatic slow motion in the edit and to also give us the option to speed the footage back to real time with a sharp, staccato look: exactly the kind of high octane look we wanted for the extreme sport montage sequences.

Red Bull were looking for a solution that would allow them to make the most of these films on their social platforms. As a result, we produced three main films for their website and then three 15 second cut downs for Instagram. We shot the main films with a standard 16:9 ‘rectangle’ aspect ratio whilst always bearing in mind that for the social cuts, we would chop the sides off the image to create 1:1 ‘square’ versions. These are fantastic when it comes to grabbing the eye of a viewer scrolling through their social feed.

To date, Red Bull Soundscapes has received over 750k views since the Jan 8th release and had over 100k engagements.r Race