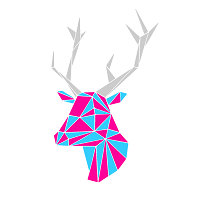 German brands Eurowings, Europa-Park, Stuttgart Airport, and the State Tourist Board Baden-Württemberg have once again partnered to promote their destinations and brands in the UK with the aim of encouraging Londoners to discover the beautiful SouthWest region of Germany.

The brands, amongst them an airline, Germany’s largest theme park, an airport, and the region’s state tourism board, also wanted to build on the narrative of 2016’s award winning #nextstop Campaign which saw Ed Euromaus visit London for the first time.

The campaign would once again be timed to capitalise on the UK school summer holidays by maximising exposure of the partner brands to the target family audience, whilst also further establishing brand relationships with the audience that engaged with last year’s campaign.

The integrated marketing campaign would centre around a week-long VR experiential activation in Westfield Stratford City where visitors could check-in to #FlyWithEd on board his special Eurowings plane to the Sunny Side of Germany; touching down in Stuttgart Airport to discover the Black Forest before taking a rollercoaster ride through Germany’s largest theme park, Europa-Park – an effective interweaving of the four brands within the innovative and hugely popular format of virtual reality.

The experiential activation would be seeded in advance, as well as continually promoted throughout the campaign, via OOH and social media advertising. In addition, both brand and user-generated content would amplify the campaign organically across social media channels.

The brand experience would be extended even further, with campaign gifting of VR cardboards along with a free app download of the VR experience, enabling the brands to expand their reach directly into the homes of a much wider audience.

Europa-Park’s mascot, Ed Euromaus, along with a Eurowings flight attendant would lead the creative throughout the campaign.

The 2016 #nextstop Campaign saw Europa-Park’s mascot, Ed Euromaus, make his first trip to the UK to meet his fans and make new friends. The 2017 campaign would continue this narrative, with him returning to the UK, to this time, ask fans and friends to #FlyWithEd on a virtual reality trip back to his home in the SouthWest of Germany.

Ed Euromaus, along with a Eurowings flight attendant, would act as tour guides to Westfield Stratford City visitors, making them comfortable on board the special Eurowings plane departing for Stuttgart Airport, where they would experience the beautiful Black Forest and the thrilling Europa-Park, before returning back home to London.

Black Forest girls would also capture video clips during the experience which would then be shown to participating visitors, upon touch down, for them to see their reactions and share the videos with friends - along with the tagline ‘Come #FlyWithEd this week at Westfield Stratford - I did!!!’.

The experiential week of 7th – 13th August 2017 was chosen to capitalise on the increased footfall of the target family audience during the UK school summer holidays. In addition, this specific week was selected as it coincided with the IAAF World Athletics Championships, being held in Stratford, which was anticipated to have a +25% impact on the weeks’ usual footfall figures.

During the experiential week, a replica cross-section of a Eurowings plane, along with airport style check-in desk and queue line, occupied Westfield Stratford City’s prime activation area, The Gallery. The plane exterior displayed the campaign artwork and hashtag #FlyWithEd, whilst the interior was equipped with two rows of airplane seats, each with their own VR headset and headphones, enabling six visitors at a time to participate in the experience: a specially produced, 4 minute 360º video immersed visitors into various different locations.

Boarding passes were distributed throughout the experiential week, encouraging Westfield Stratford City visitors to enter their details for the chance to win the trip for real and also learn more about the partner brands.

Branded content was delivered across social media channels throughout the campaign, as well as user-generated content of participating visitors who wished to share video clips of themselves experiencing the virtual reality trip.

The gifting element, including VR cardboards along with a free app download of the VR experience, enabled visitors to also enjoy the experience at home, where their families and friends could be a part of it, too.

Relevant social media influencers were invited to take part in the experiential activation and share the experience with their audiences.

Subsequent to the campaign, the 360º video was shared across the campaign partners’ social media channels, leading to a further increased reach.

The #FlyWithEd integrated campaign was a huge success; amassing a staggering total reach of 5.8 million over the course of its three weeks – half a million more than originally estimated.

The print and digital OOH elements accounted for 3.8 million of the overall reach, achieving the objective of promoting the destinations and brands to a targeted UK audience.

The experiential activation in Westfield Stratford City saw a constant queue throughout its week-long duration, with some of the 4,500 participating visitors waiting over 45 minutes to experience the 4 minute virtual reality trip. An additional 10,000 views were accumulated via the free app download and a further 1,000 enjoyed the campaign gifting. In total, over 15,000, incredibly valuable, one-to-one brand interactions took place,

The social media element of the campaign totalled a reach of 1.6 million during the three-week period - earning over 580,000 direct audience engagements around the #FlyWithEd campaign hashtag. Additionally, carefully selected influencers amplified the campaigns’ social reach by a further 350,000.

Approximately 75% of total reach was within the target family audience demographics of UK & Ireland 18-54 year olds and ABC1s.

The campaign was tremendously well received by Londoners and acts as yet another indicator, to ourselves and our clients, that audiences are increasingly receptive to more innovative marketing and being reached in more meaningful, engaging, and powerful ways.