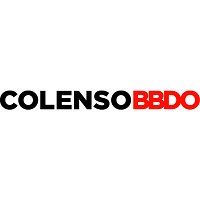 Background: DB Export Extra Low Carb was launching into a saturated low carb beer market full of far more established players. These competing brands had been advertising heavily all summer – the peak season for beer sales – while DB was launching in the final stages of the critical time.

However, there was a common them competitor advertising - percentages. 60% less carbs! 75% less carbs! The low carb category had become a maths class. To stand out, we saw an opportunity to avoid adding to the functional messaging clutter and redefine the way low carb beer spoke to drinkers.

Execution: We asked New Zealanders to drink our low carb beer. Not for the taste. Not for their health. Not for even for themselves. Our campaign focused on the benefits of a low carb beer for the other people in your life, because it’s them who would benefit most from a healthier you. And in the process, we gave people the ultimate excuse to have a beer.

“I’m Drinking It for You”

The song was backed up with radio appearances, live performances, singing telegrams, “beer bouquets” on gift sites, and broadcast in key locations such as gyms. The song itself played with custom intros related to listener behaviour – tailored by time of day, location, and music tastes.

Then we gave people the ability to send a loved one a custom version of the song with bespoke lyrics digitally created using our talent’s voice.

And then New Zealand fell in love. Soon every beer became a dedication to someone else. There were even remixes, tutorials, karaoke bar versions of the song.

Results: This was the most successful new beer launch in New Zealand, outperforming the second most successful beer launch by 300%. The song reached #2 on the Apple music charts, and was viewed a total of 5 million times across all platforms. The average viewing time for the music video was 2:07 minutes on average, significantly longer than the 0:10 YouTube average. The campaign was so successful that sales met 8 month targets in just two weeks.

Add yourself to this project
Annual 2020 BronzeI'm Drinking It For YouBranded Content Project featured: on 26th August 2020 Contributor:

I'm Drinking It For You