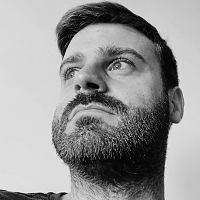 Rarely do we see large, traditional banks, go beyond examples of forced empathy to actually proving their commitment to their customers.

After the success and positive uptake of H1 activity, NatWest wanted to further show their support of women in business, closing the gender gap in funding once and for all. It’s all very well saying that you are going to support women in business, but every big bank says that. NatWest’s motto and brand slogan ‘We are what we do’, is well known amongst customers and the industry alike. And we’ve had a lot bubbling under the surface in support of women for quite some time. The BHB scheme is probably the best example of this. But, we felt we were somewhat doing a disservice to these wonderful women by not properly shouting about it and the wider movement towards supporting women in business (especially with a slogan as punchy as ours). As we needed to create a series of videos that demonstrated the success of the scheme whilst encouraging women to apply, our strategic approach had to be something a bit different to make a difference. It’s not everyday that a big bank with a big reputation decides to give away it’s ad space. But we did, when no one else would. By championing the core success stories of businesses that have flourished because of our programme, we are giving our audience inspiration and aspiration to what their own stories could look like in the future with the help of NatWest.

It’s like a great steak house championing their supplier more than they champion their venue, a boutique cheese maker hero-ing a herd of cows before their ‘artisan’ process. The outcome is more important than the process that just supported it.

The Solution:
We knew we had to demonstrate that changing the gender gap among entrepreneurs is more important than marketing ROI. We set out to support female business owners going through the Back Her Business programme by donating NatWest's own ad space, which would normally be spent on product and service marketing.

The Results (including formal evaluation of results):
In total, there were over 4 million impressions served across Facebook and LinkedIn and 950,000 video views generated.
On LinkedIn, video results surpassed not only benchmarks for Financial Services but also general UK benchmarks - our view-through-rate of 42% is almost double the Financial Services benchmark of 22% and considerably higher than the general benchmark of 33%.
On Facebook, the platform doesn’t have benchmarks that we can compare performance to, however we have our own internal benchmarks from previous activity. Compared to H1 activity, the view-through-rate was 25% higher.
Boarders Without Borders attracted the most engagement and generated the most interaction in comments, most likely due to the political nature of their business.
From the results, Mini Meal Times have shared that month-on-month, the number of app downloads increased by a whopping 913% with a spike during the period our activity was live.
One of our chosen businesses, MasterPeace shared that they were:
“So grateful to be able to participate, it really meant the world to us. We got a few bookings from our existing community who were prompted by seeing the ad / reaching out to congratulate us, and then make that booking they'd been sitting on / thinking about. Plus, it's been a real talking point with prospect investors too, it definitely helps make MasterPeace look like it's had the stamp of approval from a big trusted entity, which is utterly priceless to us...
...I thought the campaign idea was incredibly inspiring and I really think it adds credibility to the programme to back businesses in such a tangible and meaningful way.”

Add yourself to this project
Project featured: on 3rd September 2020

NatWest - Back her business