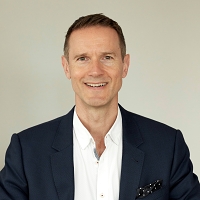 For the launch of new Lynx Peace, we had to step things up. How to do you get guys to
make love, not war?

Lynx is moving away from scantily clad girls, no longer were girls and gags the way to get attention. We engaged with their other interests and passions to bring the Lynx Peace campaign to life. We needed to create something truly original, with content that excites and engages the new, older and increasingly digitally savvy audience.

The campaign’s TV spot urged everyone to Make Love Not War – showing guys and girls downing their arms to fall into each other’s. But how could we take that peaceful message online and create something people could really get involved with?

At a time of war, we certainly couldn’t focus on that. And with Lynx priding itself on leaving things at the bedroom door, we couldn’t talk about ‘making love’ either. So we started looking into guys’ other passion points – music, fashion, photography, food, sport – the things that were getting and, more importantly, holding their online attention.

We linked each passion point back to peace with varying levels – knowing some would allow us to be more worthy, while others would be simply ‘cool’. While there were competitions along the way, it couldn’t just be about winning. It needed to inspire the masses and reward those who engaged with the campaign.

So we created a multi-channel platform that guys could be inspired by, get involved with and importantly, get excited about.

The idea was simple, Make LOVE Not War became Make ____ Not War – a multi-channel campaign that urged, inspired, and allowed guys to focus their passions in the name of Peace.

To kick things off, we selected three main passion points – music, fashion and photography – and collaborated with some of the biggest names in each.

For Make BEATS Not War we challenged MOBO award-winning Naughty Boy to bring three artists together on an exclusive Peace track; following their journeys from initial beat to final track. Weekly video episodes were posted YouTube and shared across our social channels.

Make THREADS Not War saw us commission five of this year’s freshest artists to create a Peace-inspired t-shirt collection. Each artist’s creative process and passion was captured for further inspiration, and the final collection then sold on ASOS!

For Make MOMENTS Not War, we asked The Times’ Young Photographer of the Year to capture ‘Peace’ around the UK – setting the standard for guys to beat in a hugely successful Instagram competition.

A promoted trend, #Make__NotWar, also encouraged Twitter to share their passions. And we responded by bringing some of their wishes, like Make Me A Bacon Sandwich Not War, to life through responsive photos and Vines.

The campaign came full 360, when the final music video and track were released online, aired for the first time on Mr Jam’s 1Xtra show.

The campaign idea was able to be brought to life through a multitude of media – online, video, experiential events, social media and display.

It's not often you can say you got a MOBO Award-winning producer to create you a music track. Or that you got a bespoke collection of t-shirts designed and sold on the UK's largest online fashion retail site. And it's even rarer that you can say these were just a part of your digital campaign…

The Make BEATS series had half a million views, Make MOMENTS saw 800 official entries and over 24,000 people engaged with the Make THREADS campaign with over 1,000 t-shirts being sold.

All elements of the campaign maintained some level of Peace, but we also teamed up with global good cause, Peace One Day, to help spread the Peace all over the world.

Lynx Peace has had over 200,000 unique visitors. To drive traffic to the hub media partnerships were set up. The music stars tweeted, ASOS promoted it through their channels and a number of PR activities (including lighting up the London Eye with a giant CND symbol) gained column inches.

Chris Pearce has been a Contributor since 25th November 2015.