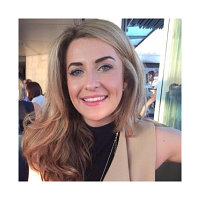 Working abroad; it seems idyllic until you start to consider all the effort you have to put in to actually get there, and it suddenly becomes a little off-putting.

At Cogs we know this, as a Global agency we speak to talented candidates daily who are tempted by the dream of a stint in Europe or Asia. The surprising news is, it’s actually not difficult at all – and we are here to break down the barriers of working abroad.

Earlier this year, Cogs London launched Cogs Crunch – Breaking the Digital Mould, a fun informative, breakfast event where a guest speaker discussed issues and concerns that UX-ers in the UK are often faced with.

This October our Cogs Crunch event will hosted by the newly located Cogs Berlin; situated in the cool Mitte district the new Cogs Berlin offices are, big, modern and the ideal space to host this event. After a rather strange summer, working abroad has become a hot topic of discussion, so taking Cogs Crunch international was an obvious step.

Cogs Crunch; Berlin to London – why make the change?

Join fellow designers and ux-ers to listen to 3 guest speakers discuss making the change and working in London and Berlin. Topics covered will be:

The ease of stepping in and out of cultures as a freelancer
How to avoid the frustrations of moving between jobs in different countries
Exploring the digital landscape across Berlin
Considering the similarities and differences of work life in London and Berlin
The importance of learning and leading
The event will kick off at 8:30 with some tea, coffee and breakfast, this will be followed by three speakers discussing the above. At 10am there will be a chance to have a Q&A with our three fantastic speakers;

Paul Gibbins
Paul is a strategically-minded UX and Service Design Practitioner with nearly 10 years’ experience in the UX field. He moved from South Africa in 2001 to the UK and joined AOL in London. Stayed there for a few years, travelled a bit in 2006 then in 2007 started studying a Sociology degree and quickly moved his career along the UX path. He worked at a number of different agencies & brands including We Are Experience, Burberry, OgilvyOne, Dare, Digitas LBi and Razorfish amongst many more. He’s now in Berlin working on his own start-up called Twyla. He’s very well placed to provide insight into both London / Berlin employment markets so should be a good listen and an opportunity ask some questions.

Alex Clark
Alex has over 10 years’ experience working for start-ups and digital agencies as a Creative/UX/Design lead, including AKQA, LBi, RGA and SapientNitro, for clients from sectors including automotive, retail, banking, healthcare, fashion and entertainment. He is experienced in strong creative leadership, agile and lean processes, team culture and leadership, and is dedicated to design thinking. Alex is always pushing for innovation/change and is about to complete his MA Digital Media Management with Hyper Island

Martin Jackson
Martin is a creative / copywriter / brand consultant. He’s worked as a freelancer for over a decade – back in London for global advertising agencies (mostly wieden + kennedy, also M&C Saatchi + AMV BBDO) and now for three years in Berlin (for places like SoundCloud, The Impossible Project, Pantaflix and TLGG). He’ll be speaking about how his experiences in the tech/start-up scene in Berlin compare to the more established agency structures he worked in back in London, what he thinks the former can learn from the latter, and what it should ignore.

Charlotte Crook has been a Contributor since 14th February 2017.

Cog Crunch - Berlin to London - why make the change?