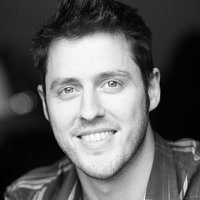 Dewars commissioned agency WhatWeSee and production company Platform Presents to create this short film called 'FOUR' to launch its first innovation in five years. I was asked to score the film in a slightly retro film noir / thriller style that would fit with the feel of the film and recorded the music with a live quartet.

The score leads viewers along a quirky narrative which is broken into four episodes and tells the tale of four lives in four rooms. Filled with suspense and intrigue, FOUR is beautifully directed by upcoming director Jennifer Sheridan and takes place at a timeless hotel (The Savoy hotel, London) featuring a hotel manager, couple, dowager and hitman. The four different plots are all seemingly separate at first, but come together at the end for one surprising and delightful finale.​

Actor Tuppence Middleton co-wrote the script with actor John Hopkins and enlisted rising star Jennifer Sheridan to direct the film, as well as cast a robust line-up of both established and emerging talent, including Iwan Rheon, Jack Farthing, Juliet Stevenson and Nicholas Pinnock.

Add yourself to this project
Annual 2020 ShortlistDewars 'FOUR'Music & Sound Contributor:

Cato Hoeben has been a Contributor since 25th November 2015.