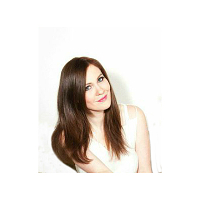 My role was publicity and policing the campaign message to media on behalf of the non-profit Give Her A Break.

Project Concept: Non-profit organization, Give Her A Break, launched a portal to the Oscars live stream, but during the commercials, it flipped the feed to showcase female-directed films instead. So the women that didn't get recognized in the show, got recognized in the breaks. The campaign for the project was rebelliously pointed towards The Academy.

The genius of the technology is that it didn't illegally re-broadcast the award show, but acted as a channel switching service for the viewer. People logged in with their cable/ABC credentials, and watched the Oscars normally. When the ads came on, the website switched the channel from the broadcast and instead played YouTube trailers of incredible films made by women in the past year that belonged on the big stage. When the Oscars came back, the site switched the channel back to ABC so viewers could enjoy the show.

Execution: Recognizing that this initiative had been born, I quickly researched it and realized the media was not covering. I immediately reached out and connected with Give Her A Break & Emily Berger via social media and email, enlisting my PR services pro bono. My plan of attack consisted of going wide to the industry media, including Variety, Deadline Hollywood, The BBC, LBB-Little Black Book, Reel360, Ad Age, AdWeek, and more.

Result: Give Her A Break received worldwide media attention and coverage in major national publications include the press noted above as well as The Guardian, The Daily Mail, The Chicago Tribune, The Playlist, and more. The organization also received social media shares by acclaimed director Alma Har'el, who helped the campaign's initiative go viral and receive international visibility.

Add yourself to this project
Project featured: on 20th March 2020 Contributor:

Carrie Wick has been a Contributor since 29th June 2020.

PR Campaign Work for Give Her A Break