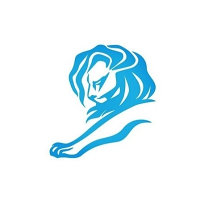 We created an album that reimagined classic wedding songs, flipping the pronouns to upend norms and challenge conventional notions of love songs, which have traditionally been written from a heterosexual point of view. Using musicians to create content, we enlisted contributors who have been at the forefront of cultural revolution, like Bob Dylan. With these iconic artists (Dylan, Kesha, Benjamin Gibbard, St. Vincent, Kele Okereke, and Valerie June), who spanned genres, generations and sexual orientations, we recorded new versions of classic love songs. The new soundtrack formed the center of a campaign that lived across digital, social and retail to create multiple touchpoints for people to experience the project and brand.

The strategy was simple: make a strong statement and make as big a splash as possible. Having recently repositioned itself from a B2B hospitality holding company to an international B2C entertainment authority, MGM Resorts needed its first major consumer-facing project to be something that got the brand noticed as more than Vegas, while communicating its values and moving the core business forward. Many corporations support the LGBTQ community but do so discreetly, targeting them as a niche. MGM’s long and well-documented history of inclusion gave permission to go big. Going big meant the project had to be worthy of sharing and talking about outside the LGBTQ audience. We would leverage Dylan to garner traditional media coverage and get a mix of other artists, from pop to indie to pique interest within their fan-bases and start discussions in influencer circles around the world.