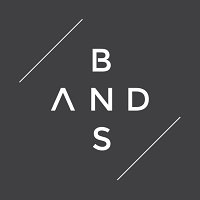 The display used an AR live stand linked to JCDecaux’s [email protected] screen to demonstrate the live benefits of Sky Q through an interactive screen experience for commuters. The content was then displayed prominently in the station, which has a weekly footfall of 2.2 million.

To bring to life Sky Q’s new voice control functionality, Sky created a DOOH AR experience to ‘summon a character’ from great shows and movies to join consumers in Waterloo station. Passers-by were invited into the experiential space where they could search for one of five pieces of content using Sky Q’s Voice control functionality on the Sky Q touch remote. Well-known characters including SpongeBob Squarepants, SPIDER-MAN and LEGO batman, would then join the commuter within the space and interacting with them while they posed for a photo. Commuters were then sent their snap via email and encouraged to share it on social media using the hashtag #skyvoicecontrol.

Brothers and Sisters has been a Contributor since 9th March 2017.