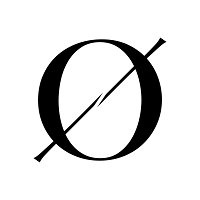 The idea for this project has been marinating in my mind for a while. The T/A 911 I was working on felt incomplete so I chose to focus on a different project. I saw the Nothing Phone (1) design reveal and it blew me away.

For the first time in a long while, a product with a cyberpunk design language was launched, aimed at the mainstream audience. No kitsch details popping out, no redundant antennae or dangling wires, no over the top lighting that can't be turned off. It is a cool, clear to the eye design that builds upon Apple's fundamentals with a cyber backplate and a surprisingly sober gimmick. And that gimmick sells the phone.

So I'm left wondering what else to do in between tuner cars and along came this design which just felt fresh and yet suitable for most audiences. I took the main concepts and translated them to an automotive form. It wasn't my first time having white LEDs on the back of a Ferrari either, so I felt right at home.

Ferrari was the obvious choice for this project. It is to this day the most recognisable automotive brand and racing team in the world. Ask someone who won't know any better and every good looking red car is a Ferrari.

The question is then picking a model. The new V8 siblings are very tempting but they felt too overused. In addition, I both had made and have future plans for a Ferrari V8. The SP models were a nice proposition as well but they call for a concept of their own. I am left with the V12 line. Picking an established base, much like Nothing did for their smartphone, I started sketching around the 812 Superfast.

The final result looks somewhat alien. It is still unmistakably Ferrari but a few things have been changed around. It takes a little from the design language Maranello is now leaving behind and injects it with something that feels like the next step in their brand new look.

In addition, the multi material look is carried over by offering two different paint finishes on the body, enhanced by the bleached carbon fiber panes. This is no stormtrooper look. The intricate design of the wheels allows them to be presented in white without clashing with what the eye expects and welcomes. The top running lights play with the front facia as the lower ones can replace them entirely for a different look. The rear employs the same pod design in doubles, tucked into the body for a meaner appearance.

Add yourself to this project
Project featured: on 22nd July 2022