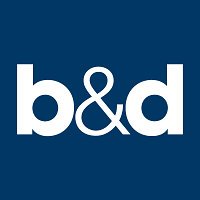 Global technology giant Lenovo was gearing up to launch its PC-gaming brand, Legion, in the UK. The Legion product line features a mixture of high-end laptops and powerful desktop computers, all with enough power to run the latest games at high settings.
Lenovo asked us to help with brand awareness for Legion, and specifically target professionals.

The gaming PC hardware market is fiercely competitive and packed with brands that exclusively specialise in this market. These brands command have loyal audiences. Because of this Legion needs to be presented with a high level of authenticity and respect towards a vocal, and often fickle, PC-gaming audience that’s often weary of new brands.
In addition to the competitive market Lenovo wanted to break into we had another challenge: gaming has an image problem.

The vast majority of gaming hardware is marketed to an audience that puts gaming front and centre in their personal identity. Products are designed with an aggressive and chunky design, often with neon lights. It all inadvertently pushes and idea that gaming is the preserve of teenage boys and young men.

This image sits in stark contrast to the professional audience Lenovo is targeting its Legion brand at.

We had to break away from this stereotype if we were going to appeal to a professional audience. Lenovo had already begun address this in the products themselves, which boast sleek and stylish designs. Its brand tagline – Stylish on the outside. Savage on the inside. – speaks to an audience who contain their competitive edge within a slick exterior. However, we knew we our campaign needed to go a lot further in order to be successful.

Lenovo’s main goal was to increase brand awareness for Legion and to get the attention of a mature gaming audience. We worked together with Lenovo to create goals based on our campaign.

Lenovo targeted us with 10,000 entries into our ‘Are You Legion’ quiz, which served as the ‘hero’ activation of our campaign.

Getting people hands on with Legion products was another goal of Lenovo. It asked us to ensure we got 250 people to physically engage with the Legion product line.

Lenovo provided us with research outlining why it wanted to pursue the professional market as its primary audience. They understood that most gamers are just normal people, with rewarding lives and jobs they enjoy.

These people are confident about who they are and how gaming fits into their lives, not feeling like it’s something to be embarrassed by. Their interest in gaming sits alongside their interest in food, fashion, film and music.

We based our creative strategy around this idea.

Our avid gamers aren’t teenagers looking to embrace a power fantasy and escape their lives. They’re more mature than that. They’re not at their desks wishing they’re really a space marine and they don’t want to sneak out of work to play games all day.
Our campaign steps away from ‘edgy’ or ‘x-treme’ campaigns and instead simply appeals to adults who enjoy gaming.

We positioned Legion as the new badge of the modern gamer, replacing self-conscious Space-Invader icons and gaudy flashing lights that put as many people off as they appeal to.
The modern gamer is stylish on the outside. They’re successful. They also have a savage gaming side that wants to excel in competition, solve puzzles and unpick mysteries.

Legion’s logo became a motif in the creative work, reinforcing the brand at every step. It acted as a literal ‘badge’ to signify of something meets the Legion standard. In digital assets the logo slowly pulsed with light, hinting at the savageness within.
Our campaign centred around one question:

We created a layer of exclusivity around Legion, similar to how members’ club do for their guests. Rather than asking our audience if Legion is good enough for them, we asked if people were elite enough to be involved with the brand.

Our ‘hero’ piece was an online quiz that asked gamers about their gaming habits, before judging whether they’re Legion or not. The quiz would recommend a Legion product based on their answers, and enter them into a prizedraw to win a gaming bundle tailored to their playing preferences. Oh, and in case you’re wondering, the quiz judges everyone as Legion!
All of our campaign activations pushed people to this microsite.

The Legion Within Avatars
We created an augmented reality system which allowed people to literally see the savageness within them at Liverpool Street Station.

Lenovo had created three archetypal videogame avatars for Legion, including a futuristic cybersoldier, a hulking monster and flying spellcaster. People in front of our giant screen would realise these avatars would perfectly mimic their movements. It was a fun moment that shook commuters out of their routine.

Once people were engaged, they were invited to take the Legion test.

Competitive Gaming Arena
We gave commuters at Canary Wharf the chance to log their fastest lap on a racing simulator running on a Legion laptop. It put Legion products directly in their hands showcased the product’s power. Leaderboards showed the fasted times, creating competition. After the lap people were invited to take the Legion test.

Other
We also created a bespoke PoS hand scanners that ‘analysed’ fingerprints and told people what percentage ‘Legion’ they were and give them discounts accordingly. Finally, we pushed the ‘Are You Legion’ quiz with media spend on Facebook and Twitter.

Everything we did, from the surprise and delight of game avatars coming to life to our online quiz telling people they’re Legion was designed to increase brand awareness.

Our hero activation, the ‘Are You Legion?’ quiz, was a powerful tool for Lenovo as it gave the company a window into its audience’s gaming habits. This data was freely shared as part of entry into the prize draw and will be used to tailor future campaigns for individual Legion products. For example, we found professionals would rather buy a finished powerful computer, than one they could personally upgrade over time.

We sailed past our initial target of 10,000 entrants in the first week of being live, and eventually ended with 23,371 entrants. We also had 30,633 visitors to the site.

We had 403 activations on our Legion Within Avatars activation, and drove 1661 people to the website.

We had 224 players take part in our fastest lap competition at Canary Wharf, with some 800 laps raced (some faster than others…)

Our Legion campaign clearly resonated with Lenovo’s professional audience. We grabbed attention – and found out details about a huge segment of an interested audience – in an incredible competitive market.

brand&deliver has been a Contributor since 3rd May 2017.

Design is beautiful but idea is missing