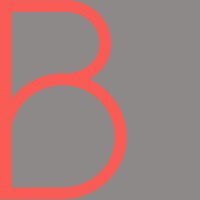 A simple job in post using archive footage suddenly becomes not so simple when you can't use the vintage Mexican film footage you want!

So we recreated it in my living room!

We had minimal budget, so very little time, but I had an exposed brick wall, and that's a good start! We got crafty with some mdf, some paint and rushed around to grab as many themed props as possible to recreate a little Hacienda in the middle of our flat. We managed to fabricate reasonably close version of the original without a massive freak-out.

The film was originally intended for online only and was delivered as such, but because of the production value the end client then decided to include it in their media package for television broadcast. Despite not being promoted on any social media platforms by Benylin, it's since gotten national exposure from the TV broadcasts and has become instantly memorable and referenced. It's still currently airing, long past anything originally planned for it.

Blair Barnette Ltd has been a Contributor since 15th January 2016.