Behind the Idea: War-damaged toys star in hard-hitting Christmas campaign

The HALO Trust, the anti-landmine charity supported by Princess Diana and now championed by her son Prince Harry, launched a stark online Christmas campaign this week to remind parents of the dire reality facing children in Yemen.

The campaign, which has been devised pro bono by Grey London, focuses on the parents spending their final days in the build-up to Christmas looking for presents for their children. It aims to make them realise that kids in Yemen are not so fortunate. The poster features an image of a war-damaged toy along with the text: “The must-have toy this Christmas.” The HALO Trust teamed up with Mumsnet, which will feature the campaign on its site, along with a series of articles about the dire reality that Yemeni kids face every day, not just at Christmas.

Described by the United Nations as “the single biggest humanitarian crisis in the world right now”, unexploded rockets and landmines deployed in Yemen’s civil war kill and maim innocent children every day. Yet just £3 – less than the price of many stocking fillers – can help The HALO Trust destroy one of these death traps. The HALO Trust’s mission is to clear mines and help rebuild countries after conflicts - the people of Yemen are suffering after almost five years of bloody civil war. By partnering with Mumsnet, the aim of the campaign is to shock parents across the UK into making a donation by highlighting the appalling plight of children living in war-torn Yemen, so the charity can clear as many landmines as possible.

To discuss the benevolent campaign in greater detail, I caught up with Mark Fairbanks, Creative Director at Grey London to go behind the idea.

The brief was very simple but also very hard. In a vast sea of charities asking for people’s donations this Christmas, how could Halo Trust stand out? We didn’t have a brainstorming session, but the brief was incredibly clear, so we were able to get our thinking caps on right away. A simple brief is always best and so we came up with a multitude of ideas pretty quickly. But one immediately jumped to the top of the pile.

Tell us a little about the concept

Halo Trust does a lot of work protecting children and this time of year is all about children. All parents are worried about is what to buy little Ginny or Sam for Christmas.  Many of them are frantically searching online for ‘Must have Christmas toys 2019’. So we decided to hijack these parents’ shopping habits and hit them with the reality of what children in Yemen are going through right now. To do this we interrupted one of the biggest online search forums for this, Mumsnet, and insert amongst all the Lego kits and Playmobile Playsets a shot of a war-damaged doll.

How long did it take to bring everything together?

This was a fast turn-around project for us that we wanted to ensure hit consumers in the run-up to Christmas.  Luckily we found the perfect partners in The Halo Trust and Mumsnet to make it happen. All this was done in just 3 weeks. And this can only really happen in such a short time span when you have an amazing team supporting the idea – client, account handler, planner, producer, photographer, everybody.

What was the main message you wanted to get across with the creative?

The main message is to remember children far less fortunate than our own this Christmas. The forgotten children of Yemen live in daily peril from landmines and other live debris from the atrocious war there. Just giving a tiny fraction of the £5.5bn we spend on toys at Christmas for our own kids to Halo Trust can help Yemeni children actually survive.

What is it about the campaign that will resonate with audiences and cut through the noise this Christmas?

We’re not a bad bunch we British parents. We just need a little shake from time to time out of our own little echo chambers. By comparing the plight of children in Yemen with the relative comfort of own children, we hope the message should resonate. No child should suffer, especially at Christmas. The shock value alone should help the campaign cut through. To simply see a destroyed, dismembered doll (a metaphor for its owner) next to all the bright, shiny, overpriced toys retailers wish us to buy will make Halo Trust stand out.

What do you hope it’s able to achieve for the brand and yourselves?

I hope the campaign does two things. 1 - it puts Halo Trust back out there as a charity that continues to do what no other body is doing - making war-torn countries safe for people long after the shells have stopped falling and the world’s press has stopped reporting. And 2 - the plight of the people in Yemen is brought back to the top table. Syria and other war zones have seemingly supplanted it in the news and yet, as I said above, it continues to be the single biggest humanitarian crisis in the world right now. As for us? We’ll only be satisfied if and when it actually works! 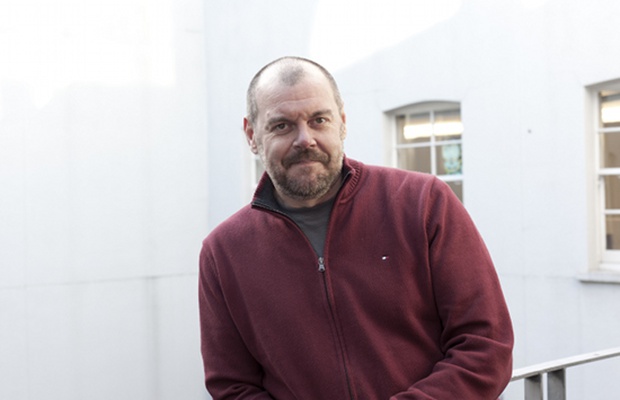