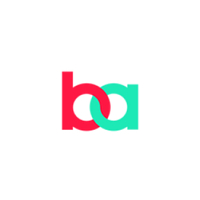 International cybersecurity company Kaspersky protect the data that fuels technology and innovation. They briefed us to connect their new 'Bring on the Future' brand position with their 18-35 target audience by authentically associating the brand with bold stories of technological innovation. Our objectives were to build the brand using compelling stories and drive traffic to Kaspersky's new content platform 'Tomorrow Unlocked'.

And so Imagine Beyond, a series of documentaries about how technology could change our minds and bodies, was born. The first film, Humans of the Future, set out the premise of the series using interviews with Nobel Prize winners and Brian Eno. In the second instalment, The Body, we collaborated with Ottobock (a world leader in prosthetics) to tell the story of smart limbs through lens of golfer Mike Jones's personal experiences. In the third and final episode we partnered with Humm (the first FDA approved wearable patch to improve working memory), testing their tech by performing a cognitive performance test on two identical twins.

The three part series was highly effective and engaging, to quote Rainer Bock (Head of Production for Cyber Content at Kaspersky): “Imagine Beyond has helped set our standards for storytelling as Kaspersky enters a new era as a brand. We are delighted with the results and looking forward to exploring the fascinating future of human augmentation further as the series evolves.”

The quality of the content was reflected by the data. Facebook’s Ad Recall metric gives strong evidence that we integrated the brand into the stories effectively. It estimates the number of additional people who remember seeing the ads within two days. Imagine Beyond achieved 11.7%, peaking at an unprecedented 14.47% (4-7% is typical). Proving that, despite light content branding, we achieved better results than most advertising on Facebook and Instagram.

Our videos achieved fantastic reach with over 1.5 million impressions, and 44% of those who paused to watch 3 seconds on Facebook or Instagram continued to watch over half of the video. No mean feat in a world of skipping, swiping and ignoring. Finally, hitting one of our core objectives, we were able to grow the new Tomorrow Unlocked Youtube channel, generating 10k clicks to watch more. In only 6 months the channel achieved 26k subscribers, establishing a strong foundation for Kaspersky to continue developing their brand for the future.

Beta Alliance has been a Contributor since 25th November 2015.