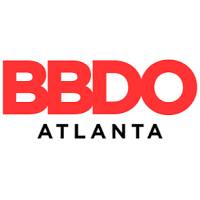 Street Grace is an organization dedicated solely to fighting and stopping child sex trafficking in Georgia and beyond. Our project set out to bring awareness to this rarely talked about subject, letting Georgians know the full extent of the problem and inspiring them to take action in their own communities to help fight child sex trafficking.

The event took place at the beginning of Human Trafficking Awareness Month on January 2, 2019, in midtown Atlanta. Our target audiences were all citizens of Atlanta and, secondarily, all of Georgia. Our goal was to educate them on the extent of the child sex trafficking problem in the state and to inspire them to take action in their own communities. A website with video content went live a week before the event.

Idea:
Child sex trafficking is a growing problem in our country that no one likes to talk about. It’s a shocking, little known truth that up to 3,600 kids are sold for sex each year in Georgia alone with the majority of them centered around Atlanta and its airport. And, with the Super Bowl coming to Atlanta in February 2019, sex trafficking was set to spike in Atlanta, making this axis of sex trafficking even more dangerous for kids. Raising public awareness was imperative.

So, to bring the problem to life in a big way that would receive maximum coverage, we pulled a very big stunt: 72 school buses driving in a caravan right through midtown Atlanta, each representing 50 of the 3,600 Georgia kids at risk of being sex trafficked. Local politicians and news organizations were recruited to participate to bring even more notoriety to our event, with Georgia Governor-Elect Brian Kemp and Georgia Attorney General Chris Carr taking part in the caravan launch.

Innovation:
It’s easy to throw statistics and numbers around, and most social good organizations have plenty of them, making us all a bit numb to simple numbers. But this project brought Georgia’s huge problem of child sex trafficking to life in a way that was easy to understand: by using school buses, which are generally associated with innocence and safety, to represent the lives of children in danger. In short, it’s easy to ignore a number or statistic. It’s nearly impossible to ignore dozens of school buses driving in a caravan through town.

Results:
Within 48 hours, the stunt was covered in over 500 news stories, had 160M media impressions, 10.8K social media mentions, and 42M social media impressions. The morning of the stunt, #StopTraffick became a trending topic on Twitter and overall Stop Traffick media mentions went up 4,500%. After the stunt and throughout Human Trafficking Awareness Month, Street Grace Facebook engagement went up 594%, page views went up 735%, and video views went up 175,033%. And right before the Super Bowl, 169 people were arrested for sex trafficking in Atlanta.

BBDO Atlanta has been a Contributor since 25th November 2015.