It's now or never. Why 2021 is the year to reboot brand purpose

However you feel about Vladimir Nabokov – if, indeed, you feel anything at all – it is hard to deny his knack for insightful observations. “Complacency is a state of mind that exists only in retrospective,” he once declared, “it has to be shattered before being ascertained.”

When we look back to life before the pandemic, before #BLM, and before the violent assault on the Capitol, we witness an almost wince-inducing complacency towards what was, in hindsight, an increasingly dangerous set of circumstances. And as we now start to peek out at the future, the choice before us is stark: either we embrace a radical new sense of purpose, or we simply relax straight back into laxness. 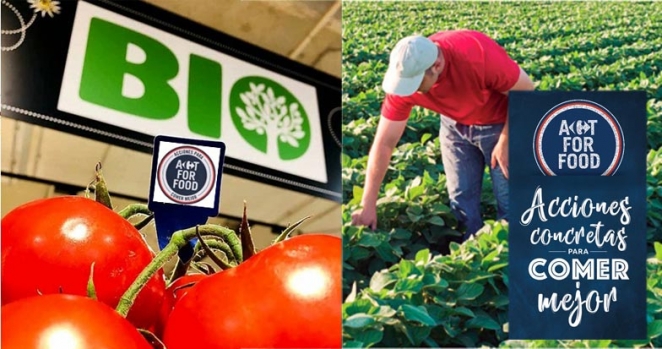 For those that work in the world of branding, purpose has been the buzz word of the past decade. But was it ever really anything more than a new marketing technique? While there have been a handful of standout campaigns, like Nike’s Dream Crazy, and some tangible initiatives, such as Carrefour’s Act for Food, the vast majority of brands took a stand in their communications that was simply not replicated in their actions. Hence, purpose fatigue.

By the end of the 2010s, articles declaring that brand purpose was either dying, dead, or had never even existed, were everywhere. We were tired of the notion that brands could save the planet; that our choice of shoe or smoothie could somehow influence the world around us. And brands only had themselves to blame – countless meaningless brand missions had been released into the ether with only one obvious purpose – to increase brand profit.

We were tired of the notion that brands could save the planet; that our choice of shoe or smoothie could somehow influence the world around us.

Albeit with a delayed startpoint, the 2020s have the potential to be a very different decade. We’ve woken up to the reality that the world we live in and the world we want to live in are not, even nearly, as one, and that even the basic fundamentals of democracy can no longer be taken for granted. There is a real appetite for change; a desire to do things differently now that we’ve seen with frightening clarity exactly where we were heading. And 2021 is a pivotal moment for brands that want to capture that energy – because it won’t stick around for long.

Now is the time for a brand purpose reboot

If the idea of brand purpose is ever to be reborn, the time is most certainly now. It’s an exciting place to be, but it requires a commitment to truth, to change and to bravery assisted by a good dose of creativity. Let’s take a long hard look at the outdated products, behaviours and systems that only serve to enable our complacent attitudes to health, equality and the environment. Let’s believe that it’s possible to do this all differently.

It’s time to rip it all up for the roaring twenty-twenties. We’ve been given a glimpse into what’s really important. Let’s make it happen.