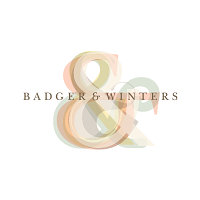 With babies as young as 18 months still being taken from their parents at our border — separated and kept in cages. Indeed, six children had already died while in U.S. custody but no one was talking about it, so we felt we had to.

Stepping into a crisis locked in a partisan chokehold with no relief in sight, we knew we needed a partner on the front lines. That’s why we joined with RAICES, the Refugee and Immigrant Center for Education and Legal Services, who said awareness of the problem needed to be the ultimate goal.

Together we debated for weeks as to the scope of what we should address. We zeroed in on the children. But how to bring this crucial message to anyone experiencing our campaign? Our ideas ranged from Out of Home advertising to experiential to film to online disruption. The execution we arrived at incorporated all of them.

Our final question was answered by our guerilla artist consultant. As we debated the intricacies of New York, he said, “Permits make noise, but illegal gets press.” That’s when we decided #NoKidsInCages would launch as an act of civil disobedience centered on 24 protest pieces: Two dozen cages outfitted with mannequins of children crying out for their families, crying that came from real audio smuggled from the camps.

On June 11, 2019, we staged all 24 cages around New York City and when residents woke up the next day, they were outraged by what the cages represented, shared it online and donated to the cause. Prior to our activation, news reports on boarder separations was almost nonexistent. After, more than 100 media outlets chased the cages around the city, documenting the protest even as they were cut down by the NYPD.

After our protest pieces, investigations skyrocketed. The famous New Yorker piece “Inside a Texas Building” detailing the camp treatments came out 10 days later, Rep. Alexandria Ocasio-Cortez (D., N.Y>.) and other politicians visited the camps soon after, and July 4 protests followed nationwide. By the July Democratic debates, “kids in cages” was the operative term Democratic presidential candidates used to refer to children trapped in the camps.

The activation’s social media reach hit 90 million, with 11 million impressions. But even more importantly, the Senate passed a $4.6 billion emergency fund to alleviate the suffering at the border, while RAICES raised $9 Million to help free and reunite thousands of children with their parents.

Add yourself to this project
Annual 2020 SilverNo Kids In CagesExperiential Project featured: on 3rd September 2020 Contributor:

Badger & Winters has been a Contributor since 14th August 2018.

No Kids In Cages