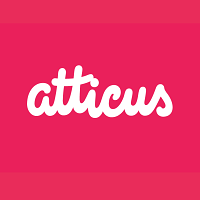 The Art of Paediatric Care

Back in March of this year, The Harley Street Clinic asked us to come up with a campaign to promote the soon to be refurbished paediatric services of the Hospital.
Using the existing positioning of THSC as leaders in complex care, saw the opportunity for The Harley Street Clinic to launch an entirely new destination for paediatric patients.
We created magical origami animal characters to bring to life the concept of ‘The Art of Paediatric Care’. With the animals appealing to children and their parents and the intricate detailing of the models reflecting the Hospital’s expertise in dealing with the sensitive issue of paediatric care.

The brand was successfully launched last weekend at a conference held at the Royal Society of Medicine where the audience of three hundred GPs were treated to magical video with origami animals coming to life to tell the story of the creation of the Hospital. The glass Atrium at the RSM was also filled with huge origami models, some of which appeared to be jumping through the glass.

We are currently in the process of designing the interiors of the hospital to reflect the new brand which is set for opening in March 2014.

Back to The Harley Street Clinic Children's Hospital project