In what has been a rather unsettling start to 2016 in terms of celebrity “news” – with David Bowie and Alan Rickman creating a torrent of outpouring across social media – we couldn’t let the week go by without a nod to Terry Wogan.

Upheld by many as being the nicest man in broadcasting, Wogan had been the front man for the Children in Need appeal since 1985. But the idea for the appeal was actually born well before then. Not specifically the first televised show, which was five years before in 1980 – hosted by Terry Hall, Eamonn Andrews, Leslie Crowther and Michael Aspel and the new talent: Terry Wogan. In fact, the first ever children’s appeal by the BBC for underprivileged children dates right back to 1927, when a radio broadcast raised £1,143 18s 3d, a princely sum at the time which was divided between four children's charities.

In terms of television broadcasts, the first appeal was in 1955, under the name 'Children's Hour Christmas Appeal'. Those of my generation will remember the glove puppet Sooty – the host with Harry Corbett. With the Christmas Day appeals continuing until 1979, an impressive £625,836 was raised.

But it was 1980 when the format radically changed, turning it into a telethon. Wogan was joined by Sue Lawley and Esther Rantzen for the evening. With this new format, the appeal broke the one million pound mark for the first time. It may seem like small fry now (the 2015 appeal raised more than £37 million) but at the time, the figure was remarkable.

Over the years, co-hosts have come and gone (including Joanna Lumley, Sue Cook, John Craven, Andi Peters, Gaby Roslin, Natasha Kaplinsky and Fearne Cotton) but Wogan remained the central pivot with the winning smile and “open your purses” eyes.

In 1985, the mascot arrived. Designed by BBC graphics designer Joanna Ball, a cuddly and slightly forlorn looking bear with an eye patch started his 30+ year reign. Named after the town in West Yorkshire where Joanna Ball was born, Pudsey is now one of the most recognisable charity icons in history. 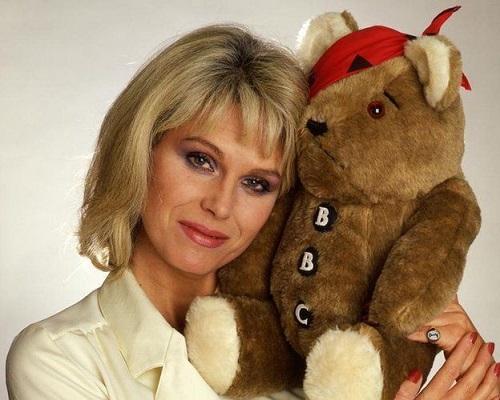 Originally he was brown rather than the slightly more friendly yellow (with spotty red bandage), but colour aside, not much has changed since the first incantation in 1985. The only difference was in 2004 when he wore a party hat to celebrate the Children in Need telethon’s silver jubilee. It was only in 2007 that he was revamped again with more vibrant colours this time.

When David Bowie died last month, social media was awash with designers and illustrators inspired to share their own tributes to the music and fashion icon. Understandable, of course, given that Bowie was noted for being the ultimate trailblazer in both stakes. Whilst nobody would apply a similar title to Wogan, he is nonetheless revered as the ultimate nice man of broadcasting. This has led some to pay tribute to him via various redesigned Pudseys. 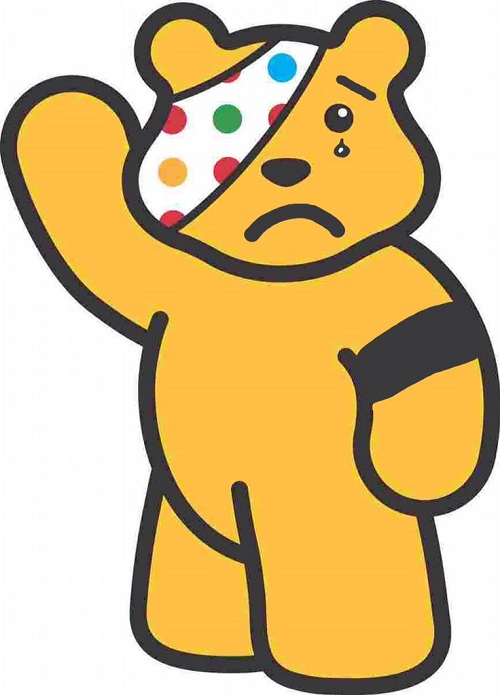 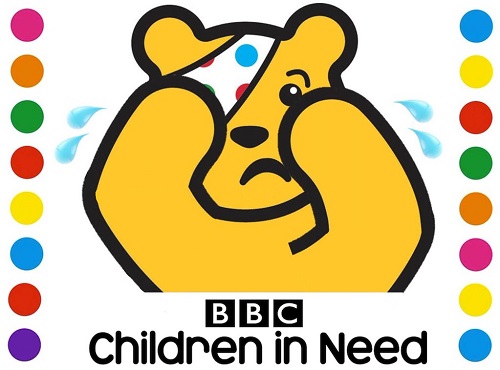 And finally this one by @DarrenBirdie which went viral across social media and was featured in the national press: 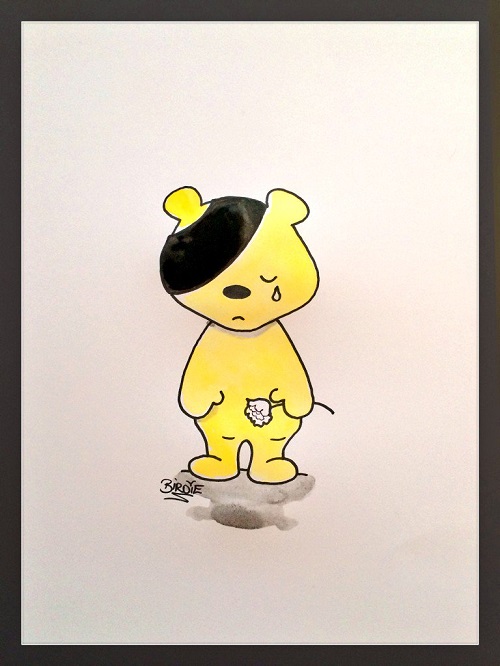